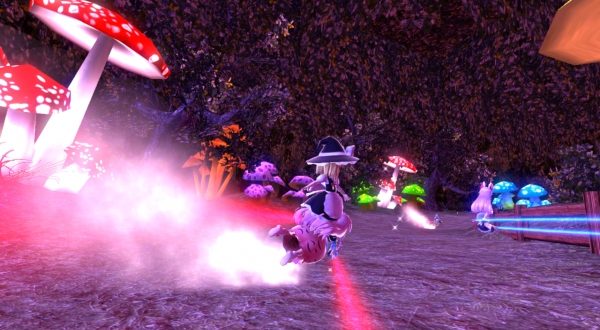 ‘Gensou SkyDrift’ will be available for Nintendo Switch in December

‘Gensou SkyDrift’ will be available for Nintendo Switch in December

admin November 14, 2019 News, Upcoming games Comments Off on ‘Gensou SkyDrift’ will be available for Nintendo Switch in December

Developer illuCalab and publisher Unties have announced that their racing game Touhou Project Gensou SkyDrift will release for Nintendo Switch and PC via Steam on December 12. The PlayStation 4 version will be available in the first quarter of 2020. Gensou SkyDrift will support options in English, simplified Chinese, traditional Chinese and Japanese. Pre-orders for the Nintendo Switch will begin on December 5, with a 20% discount on launch.

Gensou SkyDrift will allow players to race through the beautiful and magical land of gensou. Drive with incredible speed in karting racing game where your partner is your car. Choose two riders from 20 magical characters and switch between them at the touch of a button. Each character has its own characteristics that make it stronger in one aspect of the race, but weaker in others. Find the right combination, as each set of bonuses they have can play a crucial role in the races. The ability to switch characters on the fly leaves the game open to mid-match strategy changes that will throw off your opponents.

There are more than 15 mesmerizing stages through which your partner goes, and the developers claim that pulsating music perfectly combines all this. Hoops are scattered around the tracks, and as you drive through them, you get temporary acceleration and a mana charge of your racer. There are character-specific decks of offensive and defensive abilities that will allow you to cast devastating spells on your opponents. It all sounds fantastic, but I can’t get over the fact that we drive people.

You will have a variety of modes to test your skills. Select the “History”, “Against” and “attack Time” modes. You will also be able to test your skills against other players around the world in multiplayer online matches. Each race allows up to seven players. The characters of Gensou SkyDrift are taken from Touhou’s beloved and long-running project. Fans of the series can see the girls as they have never been before. The best way to portray it all is with Mario Kart, but in the air and without vehicles. If you are familiar with this series, please explain to me.

I was born to Play games. I related to Tokyo, Japan. Playing on Nintendo Switch is my hobby. Playing games is in my blood
Previous Death Stranding The Best Selling New Release of the Week in Japan
Next Sindel’s ‘Mortal Kombat 11’ Gameplay Trailer Screams Ahead of Release