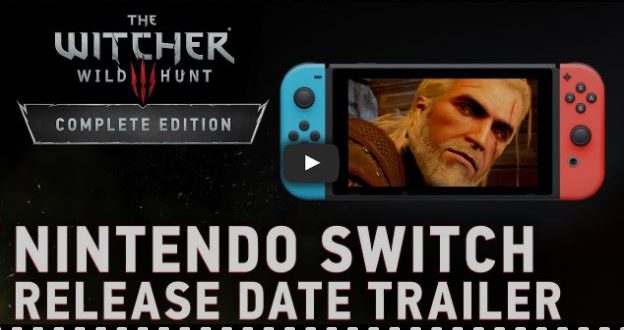 admin October 20, 2019 News Comments Off on God of War’s director is delighted with the version of The Witcher for Nintendo Switch

Since The Witcher III: Wild Hunt was announced for Nintendo Switch, comparisons between the version of the hybrid console and other consoles soon appeared. While it is true that the version for Switch has several graphic limitations , the work done to bring this huge title of Projekt RED CD to the hybrid of the Japanese company is something that the director of God of War has personally wanted to praise .

Cory Barlog is delighted with the version of The Witcher 3 for Nintendo Switch. This has been affirmed through his personal Twitter account, where he explains that it is the portable version of a game that is like triple the size compared to all the games he has created, and that is something to praise.

I love being able to play The Witcher III on my Switch Lite.
That said, it is such a missed opportunity that they did not call it:
The sWitcher III: It sWild Hunt, right?
Or simply – sWitcher III
Video game industry, I am available for all your nomenclature and marketing needs.

A user asks about his humble opinion about The Witcher 3 on Switch, to which Cory Barlog answers something like that they have had to use a kind of black magic to get the Projekt CD title to work on the Nintendo console.

I was born to Play games. I related to Tokyo, Japan. Playing on Nintendo Switch is my hobby. Playing games is in my blood
Previous Super Smash Bros. Ultimate Mod Adds Thanos
Next Project Zero-producer interested in new serial part for Nintendo switch