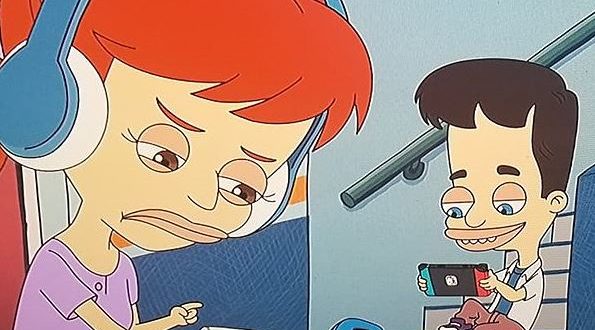 The teen series of Netflix Big Mouth, as many of you know, has become fashionable and not only because of its controversial scenes: in one episode you could see a clear wink to Nintendo’s hybrid console.

As you can see in the frame, the main character is shown in the foreground listening to something with the headphones, while we can see in the background as another young man on a staircase, playing what appears to be the Nintendo Switch with its Joy-Con colors.

Do you know of any other series in which our favourite company has been winked at? We’re listening!

I was born to Play games. I related to Tokyo, Japan. Playing on Nintendo Switch is my hobby. Playing games is in my blood
Previous Square Enix officially allows Dragon Quest XI S videos to be published, although following some guidelines
Next Nintendo Switch will have sold millions of units in spain in a few weeks