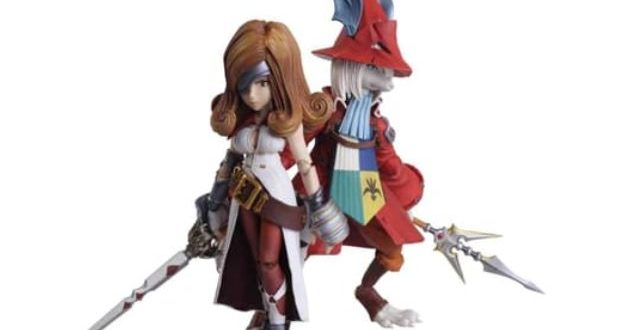 admin October 6, 2019 News Comments Off on Square Enix will sell a set of Freya and Beatrix figures from Final Fantasy IX

Square Enix has revealed a couple of new figures from his popular Final Fantasy series that include the Dragon Knight Freya and General Beatrix of Finfal Fantasy IX .

Both figures will be sold in a set of $ 180 with international shipments through Amazon. If you are interested, you can book it on this link . The distribution will begin on June 24, 2020.

You can read the official description below:

Square Enix From Final Fantasy IX, Freya, the Burmecian Dragon Knight and General Beatrix of Alexandria’s female military forces, join the line of artistic action figures in this incredible set. Freya, a Burmecian, presents detailed beast qualities on her hands, feet and tail, and Beatrix’s strong presence faithfully recreates her appearance in the game. This set comes with abundant accessories, including exclusive weapons for each character, such as Javelin and Save the Queen, as well as their respective interchangeable parts of hands and head.

I was born to Play games. I related to Tokyo, Japan. Playing on Nintendo Switch is my hobby. Playing games is in my blood
Previous GRID Autosport for Nintendo Switch
Next Square Enix officially allows Dragon Quest XI S videos to be published, although following some guidelines