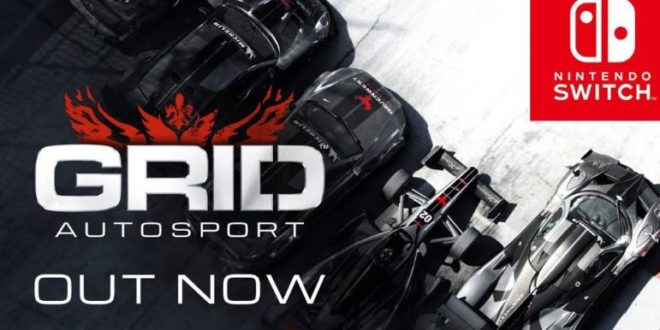 Good news for GRID Autosport players . Today, It has been confirmed by the officials that the game will receive in the coming weeks.

First, we have been confirmed that an initial patch will be available on December 16 , adding the following:

In addition, it has been confirmed that, in 2020 , GRID Autosport will add an online multiplayer mode, although its release date has not been specified at the moment. We will be attentive to more details.

Grid Autosport is a racing video game developed by Codemasters and available for Microsoft Windows, PlayStation 3, Xbox 360, Linux, iOS, macOS, Nintendo Switch and Android. It is the ninth game in the TOCA series

I was born to Play games. I related to Tokyo, Japan. Playing on Nintendo Switch is my hobby. Playing games is in my blood
Previous Super Crush KO will be released on Nintendo switch on January 16, 2020
Next Chicken Police has been confirmed for Nintendo switch