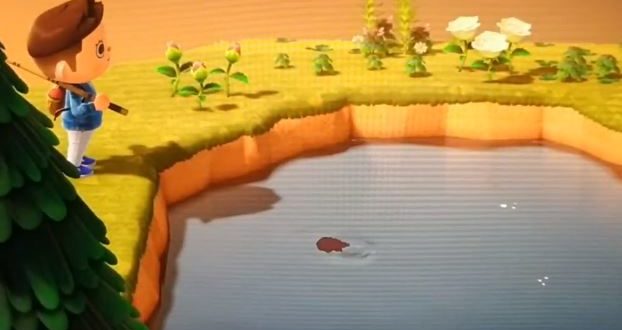 Here’s how to catch the Siberian taimen fish in Animal Crossing: New Horizons

admin March 29, 2020 News Comments Off on Here’s how to catch the Siberian taimen fish in Animal Crossing: New Horizons

Without going out of my home I have been catching fishes and decorating my room. Do you want to know how? first of all thanks to Nintendo Switch who received this incredible game, Animal Crossing: New Horizons.

I’m fond of catching fishes in my real life this is why I am enjoying this activity in New horizons. Today we are going to catch taimen fish, which is also known as Siberian taimen. Before we get started if you want to learn how to catch Oarfish, click here.

So let’s get started!

I am going to explain how and where to catch it and keep in mind that it is one of the fishes that disappears at the end of March (and it does not reappear until December ), so it is advised to dedicate ourselves to catching it before it is too late.

How to catch the Taimen fish in Animal Crossing: New Horizons

The first thing you should know is that the Taimén will only appear from 4:00 p.m. to 9:00 a.m., so we will have to dedicate evenings and nights to its capture. Another detail is that it usually appears in the small swamp that is created at the source of the rivers (upper part of the waterfall) and that its shadow is quite large. For this reason, we recommend creating enough baits and heading to this point of the river from 4:00 pm in order to launch them into the water in a continuous manner to catch the fish until we succeed.

I remind you that we can create bait from Japanese clams, which are buried in the sand of our beaches and we can dig them up when we see a small hole that releases a jet of water.

I was born to Play games. I related to Tokyo, Japan. Playing on Nintendo Switch is my hobby. Playing games is in my blood
Previous EB Games is releasing Ring Fit Adventure in Australia on May 15
Next Animal Crossing: New Horizons player made a beautiful town in the game