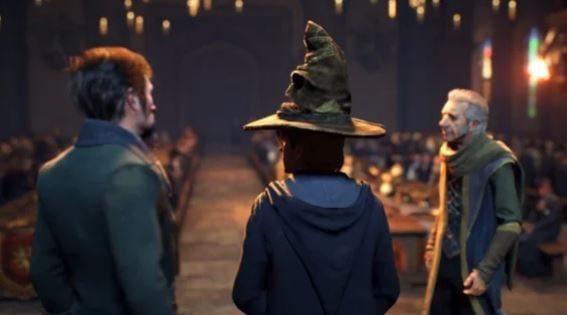 As anonymous sources close to the Avalanche Software team told Bloomberg reporters, the authors of the game in the Harry Potter universe are planning to expand the number of functions in the character editor. So, the parameters responsible for the voice of the protagonist, body type, and how NPCs refer to him (“witch” or “wizard”) can be configured separately – in fact, players will be given the opportunity to create transgender characters.

Such options are increasingly appearing in various games, including, for example, Cyberpunk 2077, where a “masculine” or “feminine” tone of voice can be chosen regardless of the appearance of the protagonist. According to Bloomberg, publishers from Warner Bros. skeptical about such settings, but still gave the go-ahead to the developers. At the same time, at the moment this is only a plan: it is unclear whether these options will get to the release. The WB declined to comment on the situation.

Information about the extended character editor in Hogwarts Legacy came after a series of scandals surrounding the game. After J.K. Rowling, who wrote the Harry Potter books, was criticized for her transphobic remarks, publishers had to declare that the writer was not involved in the creation of the RPG.

And in February it became known that Troy Leavitt, one of the leading developers, supported the GamerGate movement on his personal YouTube channel. Because of this, many netizens called for a boycott of the game from Avalanche Software, and the ResetEra gaming forum completely banned threads dedicated to Hogwarts Legacy promo materials.

The game does not have an exact release date yet, but it is planned to release it in 2022. The open-world RPG is coming to PC, PS4, PS5, Xbox One, and Xbox Series X | S.

I was born to Play games. I related to Tokyo, Japan. Playing on Nintendo Switch is my hobby. Playing games is in my blood
Previous The theory about Pokémon Legends: Arceus seems to explain the curious choice of starter Pokémon
Next Resident Evil Village will bring the biggest surprise we can imagine about Ethan Winters, explains its director