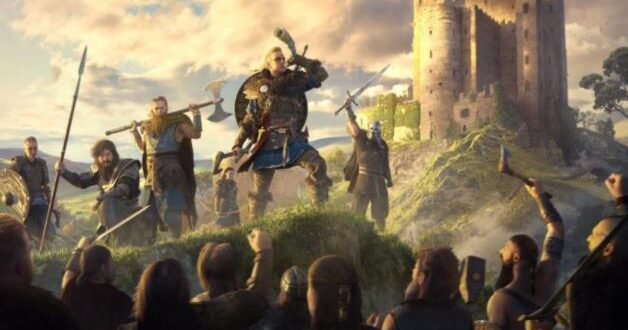 Instead of the new Assassin’s Creed in 2022, there will be a major DLC for Valhalla about the Crusades and the Templars

admin 6 days ago News Comments Off on Instead of the new Assassin’s Creed in 2022, there will be a major DLC for Valhalla about the Crusades and the Templars

French blogger xj0nathan found in the files of Assassin’s Creed: Valhalla mention of the third unannounced extension. In addition to the already confirmed additions Wrath of the Druids about Ireland and The Siege of Paris about France, the game code noticed a certain DLC called Meteor.

More interesting is the information from the Spanish blogger Rafiti, who said in response to the discovery that the third DLC for “Valhalla” is being prepared for 2022 as a replacement for the new full-fledged part of the saga. He confirmed that Meteor is the current codename, and the expansion itself may be released separately from the main game, as was the case with Far Cry: New Dawn.

According to him, the addition will be much like the original “Valhalla”, while the completely new Assassin’s Creed will not be released for several more years. As for the plot, the insider’s hints point to a return to the theme of the Crusades and the Templars.

It is not known how true the rumor is. Ubisoft has not officially said anything about this yet.

I was born to Play games. I related to Tokyo, Japan. Playing on Nintendo Switch is my hobby. Playing games is in my blood
Previous Build-A-Bear Workshop is launching Animal Crossing: New Horizons collection tomorrow
Next Monster Hunter Rise G details leaked