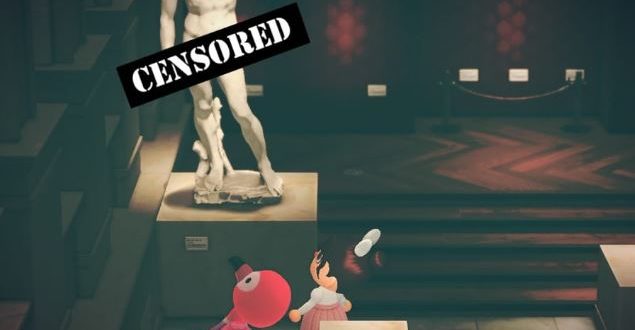 As you know, the latest update of Animal Crossing: New Horizons has included as a new feature an art gallery with paintings and sculptures that exist in reality. Well, it seems that some of them have generated a new debate in the game.

Specifically, famous statues such as Michaelangelo’s ‘David or The Discobolus of Myron’ are the ones that have caused the most controversy. Many players have highlighted how parts of the human body are shown explicitly and in some cases are demanding that those responsible for Animal Crossing: New Horizons censor them.

These players claim that this idea would be fine because Animal Crossing: New Horizons is played by many children. Others think just the opposite: the statues have been introduced just as they were created and after all only show the human body. They add that, to little art history that has been studied, it is evident that these statues are artistic and historical works.

I was born to Play games. I related to Tokyo, Japan. Playing on Nintendo Switch is my hobby. Playing games is in my blood
Previous The Pokemon Company apologizes for showing some Pokemon in Twilight Wings that don’t appear in Sword/shield
Next Animal Crossing: New Horizons again tops the list of the best-selling games in the UK