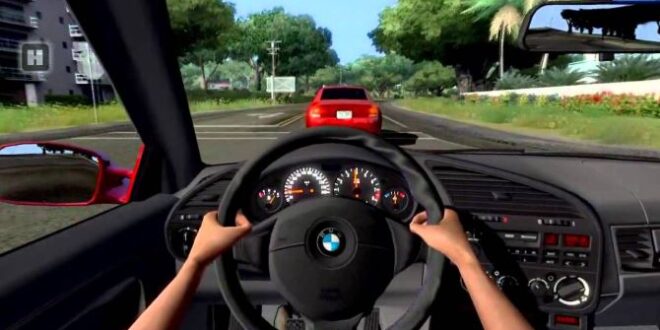 admin July 4, 2020 News Comments Off on Tennis World Tour 2 and a new Test Drive are the new projects of Nacon

Test Drive will return, after many years of absence, thanks to Nacon, that have also presented Tennis World Tour 2.

Nacon, a prolific French publisher especially for its driving games and sports, has announced two of its upcoming projects: Tennis World Tour 2 and a new Test Drive.

The first has just been officially announced and will arrive in September on PS4, Xbox One, and PC, and a month later on Nintendo Switch. It is being developed by Big Ant Studios ( AO tennis 2 ), and not by BreakPoint Studios, responsible for the first game.

It will feature a faster style of play, with many aspects recreated from scratch. It will have, for the first time, tennis doubles, and a mode called Tie Break Tens, a selection of short matches in which the objective is to reach 10 points.

It will have 38 real tennis players, including Rafa Nadal, Roger Federer,a and Ashleigh Barty, many official stadiums, such as the Manuel Santana court in Madrid, and various game modes, including online play.

On the other hand, they have confirmed on Twitter that Test Drive, a long-running driving saga that we have not seen since 2011, will return with a new game. The only thing we know is that Nacon will edit it, and it will be presented at the Nacon Connect next Tuesday, July 7.

It is likely that the name it takes is Test Drive Unlimited 3, maintaining continuity with the open-world games released in 2006 and 2011. However, it is being developed by another company, the French Kylotonn (developers of TT Isle of Man or the latest WRC), which in turn is part of Bigben Interactive, and which in 2016 bought the rights to the IP, which was previously owned by Atari. The game had also been rumored to launch directly for PS5 and Xbox Series X.

It will be necessary to be attentive to Tuesday, July 7, at 7:00 p.m. to see the Nacon Connect where this new Test Drive will be announced.