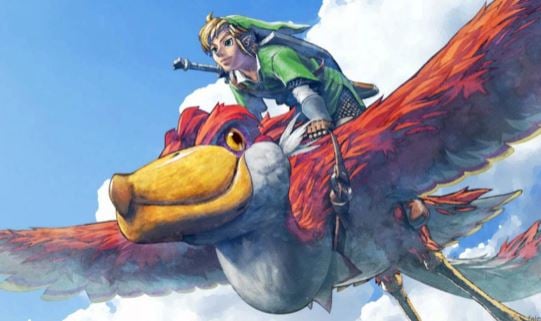 The Legend of Zelda Skyward Sword HD will arrive on Nintendo Switch on July 16 … and is already number 1 on Amazon.

Nintendo is all the rage around the world, and if we talk about the Zelda saga, much more. Good proof of this is that Zelda Skyward Sword HD is already the best-selling game on Amazon … and there are still five months to go before it goes on sale.

The announcement of this HD remaster for Switch has had a great reception by the community, who have Skyward Sword as one of their favorite titles in the saga. In addition, this remastering of the game released in 2011 for Wii will keep the motion sensor controls, thanks to the technology of the Joy-Con.

The Legend of Zelda Skyward Sword tops the list of best-selling games on Amazon, priced at €59.90, just above the recent Super Mario 3D World + Bowser’s Fury for Switch and the DualSense controller for PS5, as best-selling products. in the Amazon video game category.

The launch of this HD remaster of Skyward Sword will be accompanied by some beautiful Joy-Con for Switch, themed with Link’s sword and shield, and as part of the 35th anniversary of The Legend of Zelda saga in 2021.

Some users were not impressed with the Skyward Sword HD images for Nintendo Switch, which we saw in the Nintendo Direct two days ago, but the graphical differences with the original version are very noticeable, as you can see in this comparison.

The Legend of Zelda Skyward Sword HD will be out on July 16, exclusively for Nintendo Switch, and we are sure it will be a success in sales (it already is) . In addition, remasters of other games in the saga such as The Wind Waker or Twilight Princess could arrive …

I was born to Play games. I related to Tokyo, Japan. Playing on Nintendo Switch is my hobby. Playing games is in my blood
Previous Pokémon GO confirms details of its upcoming Kanto-inspired raid day
Next Super Mario’s quirky pipe workings detailed in Animal Crossing: New Horizons