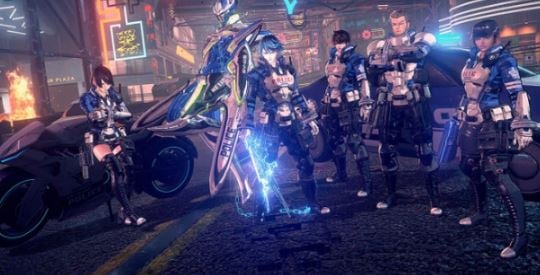 Edge is a multi-format video game magazine published by Future plc in the United Kingdom, which publishes 13 issues of the magazine per year. A few hours ago, this magazine released a list of the best games of 2019. Among the best games of the year Nintendo switch game Astral Chain is included. The material was published in a 341-m issue of the journal.

Here is the list of the best games of the 2019, announced by Edge Magazine

Astral Chain is an action-adventure hack and slash video game developed by PlatinumGames and published by Nintendo for Nintendo Switch.

According to the Magazine the best publishers of the year are Annapurna Interactive, other nominees: Nintendo, Capcom. Furthermore, The best Nintendo games are Astral Chain, other nominees: Tetris 99, Fire Emblem: Three Houses.

Pokémon Quest and Nintendo Labo will create the Toy-With Eevee, Bulbasaur and Pikachu