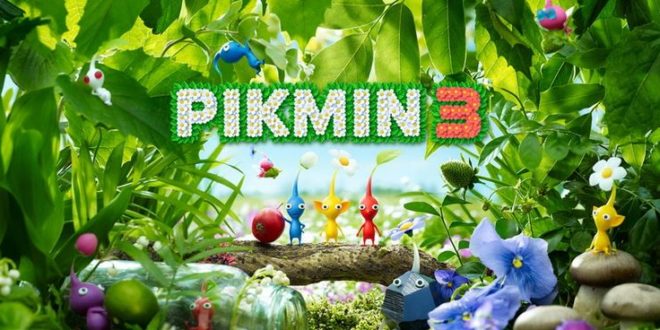 VentureBeat announced that Pikmin 3, released on the Nintendo Wii U in 2013, will go on sale for the Nintendo Switch under the name Pikmin 3 Deluxe. Nintendo has not verified this information yet.

As Jeff Grubb wrote in VentureBeat, Nintendo is developing several games. According to him, the Intelligent Systems studio only watched the creation of Fire Emblem: Three Houses, and at that time worked on Paper Mario: The Origami King. “Other Nintendo studios will also release games soon. This includes 3D Mario remasters, as well as Pikmin 3 Deluxe, ” he added.

Earlier on the Web, rumors appeared that Nintendo was working on a grandiose plan: to re-release the classic Super Mario, as well as to release updated three-dimensional parts on the Nintendo Switch. Insiders also talked about the development of Paper Mario: The Origami King, announced yesterday.

Pikmin 3 is an unusual adventure strategy in which you need to command an army of small creatures on a hostile planet. Your main goal is to get resources to repair your ship and fly away from the dangerous world. Pikmin is divided into several types, each of them serves a specific purpose.