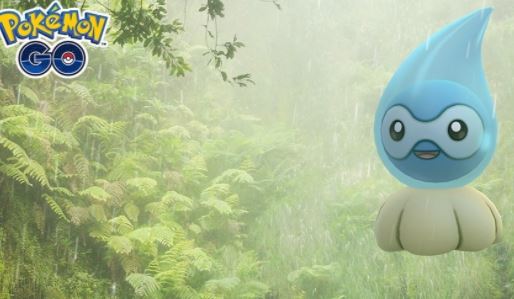 admin 4 weeks ago News Comments Off on Castform Shiny Rain Form stars in the new Pokémon GO Weather Week: all the details

Good news is coming for Pokémon GO players. It seems that Niantic continues to prepare news for its successful application, as confirmed on its official blog.

Today we were able to learn details about a new event, specifically Weather Week, which brings Shiny Rain Form and more to Castform. We leave you with the data offered:

As the Charge-Up Event fills the atmosphere with electricity, the weather is set to turn wild! We’re excited to announce the first Weather Week event, during which Pokémon that enjoy rain and wind will appear more frequently in the wild.

Castform will appear more frequently in the wild throughout the event, along with other Pokémon that typically appear when it’s raining or windy, such as Wingull and Ducklett. Hopefully, you might find yourself a Shiny Rain Form Castform!

Psyduck, Poliwag, Swablu, Drifloon, Mantyke, Tympole and Ducklett will come out after the 5 km Eggs hatch.

There will be new spring-themed items for the avatar in the Shop!

Be aware of your surroundings and respect the rules of local health authorities when playing Pokémon GO. Upcoming events are subject to change. Do not forget to follow us on social networks, accept the receipt of push notifications and subscribe to our emails to be informed. For the latest in-game events and featured updates, be sure to check out this Help Center article .

I was born to Play games. I related to Tokyo, Japan. Playing on Nintendo Switch is my hobby. Playing games is in my blood
Previous What we know about the dreaded return of the Egg Hunt in Animal Crossing: New Horizons
Next Choosing the Right Security Certifications CISSP vs CISM, CISA and CRISC