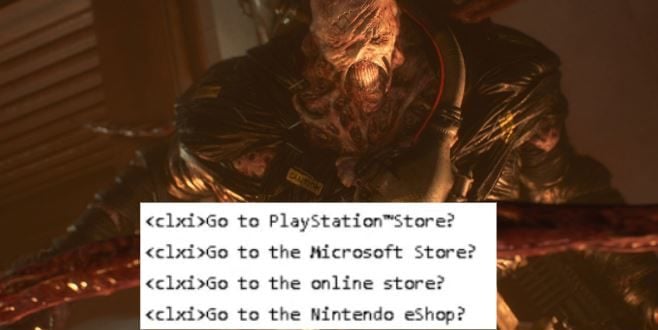 According to Dataminers, they have found some hidden codes in Resident Evil 3 Remake Demo files. While pouring over the code hidden inside of the demo, modder FluffyQuack (the person behind the Fluffy Mod Manager 5000 for REmake 2) and some friends discovered some very interesting text (note: the video contains spoilers).

Between a list of prompts and text in the Resident Evil 3 Remake menu, there is a set of specific notifications for each version you are playing. “This game has an autosave feature, please don’t turn off your prompts” and so on, followed by a list of Xbox One, PlayStation 4, and PC, all highly anticipated. However, It is the inclusion of the Nintendo Switch, a system the game is most definitely not releasing for at the moment.

Did you notice in the given codes above? There is clearly written, “Go to the Nintendo eShop”. It should be noted that this does not guarantee anything, as it may be a simple oversight of Capcom, but it undoubtedly also gives the hope that in the future we will be playing Resident Evil 3 Remake on Nintendo Switch.

I was born to Play games. I related to Tokyo, Japan. Playing on Nintendo Switch is my hobby. Playing games is in my blood
Previous Animal Crossing: New Horizons tops the list of the best-selling games in Japan
Next The director of FE: three houses explains why Dimitri wears an Eyepatch