After the official announcement of Diablo II: Resurrected, a demo of the gameplay demo of the updated game appeared on the network. The video demonstrates a battle with enemies, different locations, an interface, a class selection menu, and an option to instantly switch between classic and new graphics.

At its core, Diablo II: Resurrected is an old game with a new twist. The developers left the original gameplay exactly the same as it was 20 years ago, and all the key changes affected only the graphics, which moved from sprites to 3D assets with updated effects and support for 4K / 60 FPS. The project is being developed by Vicarious Visions studio, recently transformed into an internal division.

For more clarity on the changes made, the official Twitter account of the Diablo series has posted a few short videos comparing graphics between the original Diablo II and the upcoming re-release.

The sanctuary then and now, as well as particle effects on the example of the souls of fallen enemies

Demonstration of the camp and reprisals against enemies in the original and remake:

Diablo II: Resurrected will be released by the end of 2021 on all current platforms with cross-progression support. Technical alpha testing on PC will start soon.

I was born to Play games. I related to Tokyo, Japan. Playing on Nintendo Switch is my hobby. Playing games is in my blood
Previous Blizzard says Diablo 2: Resurrected will not affect the original action RPG as it did with Warcraft 3: Reforged
Next All the latest information about Diablo 4: release, classes, skills, and more 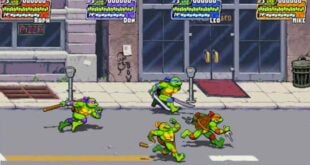