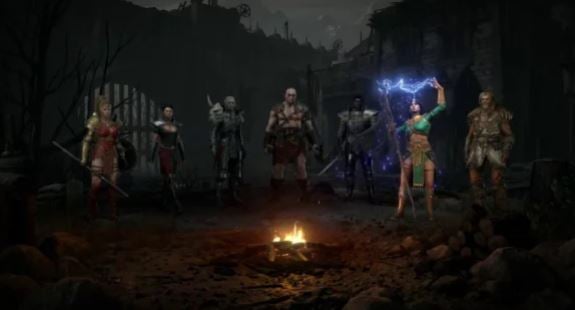 Blizzard says Diablo 2: Resurrected will not affect the original action RPG as it did with Warcraft 3: Reforged

admin 2 weeks ago News Comments Off on Blizzard says Diablo 2: Resurrected will not affect the original action RPG as it did with Warcraft 3: Reforged

In January 2020, Blizzard released the Warcraft 3 remaster, which fans generally received negatively – largely due to the fact that Reforged, among other innovations, replaced the classic version of RTS, which fans were still playing. As a result, players were deprived of clans, local multiplayer, and leaderboards.

During a conversation with PC Gamer, producer Rod Fergusson assured that with Diablo 2: Resurrected, the development team will not repeat the Warcraft 3: Reforged bug.

There was a different team working on Reforged, and that was long before I joined Blizzard. One of the most important things for us was to keep the original Diablo 2 as it is.

For example, if you had a terrible hack mod that breaks the game’s defenses, and this is your favorite way of passing, then you can still play this way in the classic version, because Resurrected will definitely not support such mods. It was important for us to keep the two games separate from each other.

Resurrected is based on the original Diablo 2 code, but the remaster will be released as a standalone game. According to Fergusson, they set themselves the task of making a remaster that can be appreciated by both nostalgic fans and newcomers to the series.

Diablo 2: Resurrected is due out on consoles and PC in 2021. The game can already be pre-ordered on Amazon.

I was born to Play games. I related to Tokyo, Japan. Playing on Nintendo Switch is my hobby. Playing games is in my blood
Previous Super Mario’s quirky pipe workings detailed in Animal Crossing: New Horizons
Next Diablo Resurrected: 5 minutes of gameplay and graphics comparison Diablo II: Resurrected