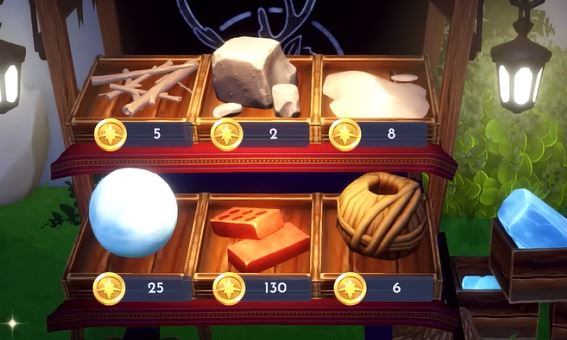 Once you started playing the game, you’ll notice that in every area that you go, Goofy has a Stall that you have to build and then upgrade for useful crops, fruits, etc. But there is also another Stall that you can unlock for Kristoff’s character that will sell you a lot of useful goods.

In this guide, we’ll tell you how to unlock Kristoff’s Stall in Disney Dreamlight Valley.

You can unlock Kristoff’s Stall once you’ve leveled up your friendship level to 10 and all of his Friendship Quests along with the main quests. After reaching level 10 with Kristoff, you’ll get a Friendship Quest from Kristoff named “Leaving the Woods Behind” in which you have to help Kristoff in making the Soap so he can take a bath. You need to gather some resources for the Soap and after getting all of the resources you need to craft the Carrot Soap on the Crafting Station. Then give the Carrot Soap to Kristoff and his last Friendship Quest will be ended.

Then you need to talk to Kristoff and he’ll say that he has a lot of material stored and he wanted to start a Stall. Agree with Kristoff on starting the Stall and he’ll ask you to get the materials for his Stall. A new quest named “Village Project: A Mountain Man’s Stall” will start in which you have to gather the resources for Kristoff’s Stall.

First, you need to talk with Goofy and tell him that Kristoff wants to start a Stall in the Village. Goofy will give you parts of his own Stall. Then collect the Softwoods and Hardwoods from under the trees in different areas. Gather Stone by smashing the Rocks and then craft Iron ingots with Iron Ores. Once you’ve gotten all of the resources, you need to craft Kristoff’s Stall.

Go to any Crafting Station and go to the Furniture category. Craft the Kristoff’s Stall with all the resources you’ve collected. After that, you need to place the Kristoff’s Stall anywhere in the Valley. Place the stall by opening the building mode and then select Kristoff’s Stall and place it in the location you like. Talk to Kristoff and the quest will be completed and when you visit the Stall, you’ll be able to buy different resources from Kristoff.

Disney Dreamlight Valley: How to Get Slush Ice