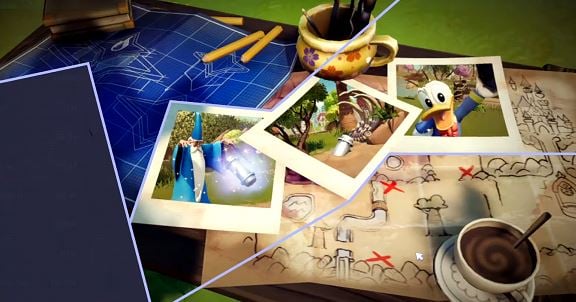 After unlocking Donald’s character and the Dazzle Beach, Glade of Trust, and Sunlit Plateau areas, you’ll get a quest named “The Forgotten Project” in which you have to help Donald to unlock a Time Capsule.

In this guide, we’ll tell you how to complete the Forgotten project in Disney Dreamlight Valley.

A new memory will be shown on the screen and then you need to go to Donald and tell him what you’ve discovered. Donald will tell you to find the locations shown in the memory. Go to the Sunlit Plateau and go to the X marked locations shown in the memory. You’ll find glowing crates on the marks. After finding all the glowing crates, talk to Donald about these mysterious wooden crates. He’ll tell you to get the Dreamlight Magnifier to use it on these Wooden Crates. Now, go to Mickey and ask him to give you the Dreamlight Magnifier and then go back to Sunlit Plateau and use it on all three Wooden Crates.

You’ll find Wooden Crates from each of the Mysterious Wooden Crate and then go back to Donald to give the Crates to him and this will conclude the quest.

Disney Dreamlight Valley: How to Get Gold Nuggets