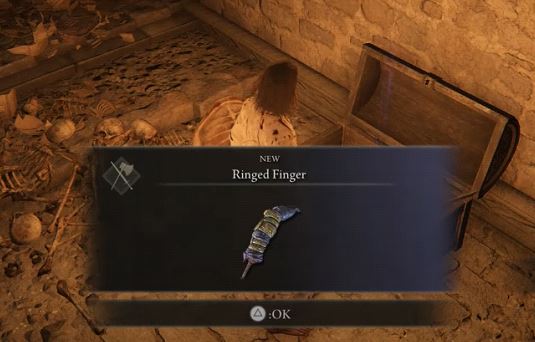 Heading Down the Lava

The next step in making your way down the Gelmire Hero’s Grave Catacombs is you have to cross the lava. Now, crossing the lava is a tricky part and the trick to cross this lava without dying is to use your roll again and again and when you’re HP is draining due to lava you have to keep on using your Flask of Crimson tears.

You need to keep on rolling and using Crimson tears and to your right, while in lava there is a small safe space you need to get there. You can refill your HP there and in front, you’ll see there is land a doorway. You need to again jump in lava do the roll and Crimson tear trick till you reach the safe surface. You need to go into the Doorway and you’ll reach a big room with the chest at the end of the room. You need to go and open the chest and pick up the items. You’ll receive the Ringed Finger.

Pokemon Scarlet and Violet have many materials in the game that are used for different purposes. All of these materials can be used in some sort of recipe or used to get a buff on Pokemon. One of the rarest items in the game is Gold Bottle Cap which works similarly to the normal Bottle Caps but is much harder to get.

In this guide, we’ll tell where to find Gold Bottle Caps in Pokemon Scarlet and Violet.

Gold Bottle Cap is very rare and it can only be found at one location after you have completed the main story of the game. After the game has finished and credits are rolled out, the Gold Caps will go up for Auction in Porto Marinda. Porto Marinda is on the West side of Paldea and players can get many rare items from this place by placing the highest bid.

Since the auction items are all random so players would have to wait for the required item to come on the auction. Similarly, you would have to wait for the Gold Caps to be on the auction, and then you will be able to get it by participating in the bidding sequence. The Bidding is between you and two random NPCs and the bidding for Gold Caps will start from 100,000 Poke Coins. You can raise the bid by selecting the two amounts in the dialogue box when you get your turn or you can select “I’ll Pass for now” to not select the bid and let others raise the bid.

If you think the bidding price is exceeding from the money you actually have then you can also select the option “I Withdraw” in which you will get out of the bidding and not lose the money. So, in order to bid for Gold Cap, make sure you have at least a Million Poke Coins because the bid can go for longer, and sometimes the NPCs are just stubborn to back off from the bidding.

You just have to go along with the bidding and when both of the bidders have backed off then you will get the Gold Caps from the auction. There might be a chance that Gold Caps are added as a reward in the Post-Game tournaments in future updates but for now, there is only one way to get the Gold Caps in the game. It works exactly the same as the Bottle Caps, so you can just get the normal Bottle Caps and Hyper Train your Pokemon to increase its stats.

In this guide, we’ll tell you how to Catch Sinistea in Pokemon Scarlet and Violet.

Sinistea is not a Rare Pokemon but it does have a Time limitation which can make him a rare Pokemon. Sinistea can only be found at night time and it only has two Spawn locations on the map. Sinistea likes to live near towns and cities as well as it lives near Ruins. The Sinistea can be found around the Zapapico in East Province (Area Three) or you can find him around Alfornada in South Province (Area Six). Both of these locations are also marked on Pokedex app so, you can easily get to the location and look for him.

There are very few Pokemon in the game that has forms and Sinistea is one of those Pokemon. There are two forms of Sinistea in the game. One of them is Authentic and one is Phony. They both look the same but there is only one minor difference from which you can judge the form of Sinistea.

Whether you find Authentic or Phony, both of them evolve into the same Pokemon named Polteageist. So, the form does not matter on evolving of Sinistea.

To catch Sinistea, you need to wait until night time and you need to get to one of the spawn locations of SInistea. You can find more Sinistea in the Ruins near Alfornada in South Province (Area Six). When you have made your way to the ruins or the Alfornada town, you need to look for Sinistea who would be flying. You can also just circle around the area to mark the near Pokemon locations on the map so when you see him on the map, you’ll be able to find him. When you find him, you just need to interact with him to engage him in a fight or use the Quick Ball to try to catch him before you get to fight him. Sometimes it works and sometimes it breaks through the ball but it is worth a try. 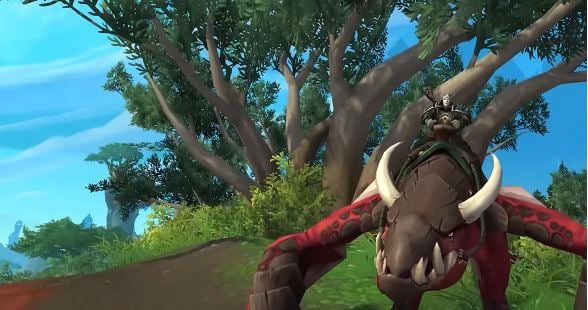 In this guide, we’ll tell you some Tips and Tricks to master Dragonriding in World of Warcraft: Dragonflight.

Dragonriding mechanics are different from previous regular flying in World of Warcraft. The new mount uses new techniques to successfully fly in the air and the new techniques mainly depend on Momentum and a little bit of Physics. So, the basics of dragonriding are that if you are in the air and you are pitched down, you will gain momentum which will let you go faster. If you pitch down further like a vertical dive, then you will gain momentum faster but the maximum speed remains the same.

Staying at the Max Speed is the Key to master in dragonriding because the Thrill of the Skies ability will let you charge the Vigor Points more quickly so you can use the abilities more frequently but you would think that you will always have to pitch down your dragon to gain momentum. However, it is not the case, as you take off, you only need to gain momentum at the start and then you can continue the regular gliding at maximum speed. You can also go a bit up in the air while staying at the maximum speed but if you go higher then you will lose the speed and slowly lose the altitude.

Once you have mastered the gliding in the basic mechanics of Dragonriding then you would want to master the abilities to reach the maximum heights of Dragon Isles. Reaching higher heights will let you discover more of Dragon Isles and one of the main abilities that you have to master is the Skyward Ascent because it is the only ability that will let your dragon flap its wings in an upward direction.

Skyward Ascent lets you go up in the air but if you use it without gaining speed then it will slow you down and you will slowly lose altitude. You will also lose speed if you use it while doing vertical dive so the best time to use it is by gaining momentum and going up at the same time. If you are in speed and pulling up and you use the Skyward Ascent, you will gain more speed as well as height. But you would have to pull up and use Skyward Ascent at the same time to gain speed otherwise, you will only get to a certain height and lose speed. So, if you are doing a Vertical Dive and you are at maximum speed, when you are about to pull up, you also need to press the Skyward Ascent to keep the maximum speed and go further up in the sky.

After gaining the speed and the height, you don’t want to keep your dragon going up because it will lose speed eventually, what you want to do is start gliding at that height at the maximum speed to recharge your Vigor continuously and then repeat the same process to get to the maximum height. This way, you will not run out of Vigor Points and you will also be able to go at maximum speed at maximum height.

All of the basics and abilities will take some time to master and once you have your grip on the new mount mechanics then you will be able to fly like a professional in dragonriding.