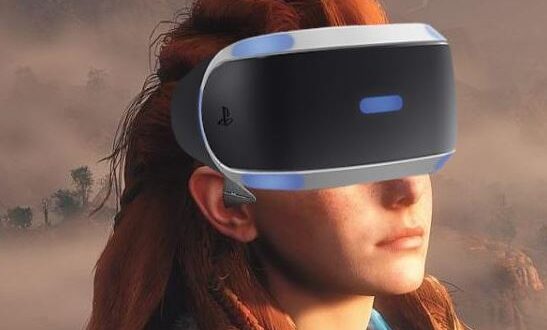 Horizon Zero Dawn could get a PSVR spin-off

The studio responsible for PS VR games like The Persistence is developing a new game adapted from a hit console IP … and it sounds a lot like Horizon Zero Dawn.
Firesprite, the Liverpool studio responsible for some of the best PlayStation VR games, is developing a new game. We know this thanks to a job offer published on their website, and the description of the project could not sound more exciting: “An action VR adventure adapted from one of the most original and successful console games, million-dollar sales, of the last 10 years. “

The offering, for a Lead Producer, goes on to describe the game, in which they will collaborate with IP owners to create ” a whole new chapter in this exciting and highly original universe they have established, using all the immersive capabilities of VR to build a new narrative, for fans and new players. “

Obviously, they do not leave any clue about what universe it is, although it is clear that it is a console game, apparently, a new IP (for the number of times they repeat the “original”) launched in the last ten years and with millions of sales.

Although there are many possibilities, perhaps the one with the most ballots is Horizon Zero Dawn. And it is that a year and something ago we already heard a rumor that said they were working on an adaptation to the virtual reality of the PS4 game. The studio in charge was another, SIE London Studios (responsible for Blood & Truth ), although it would not be strange if the project needed several teams, especially if it is very ambitious.

We will have to wait and see, because the truth is that, although PS5 is compatible with PSVR and its games, virtual reality does not seem to be one of Sony’s priorities right now. Firesprite is not a Sony first-party studio either: they made The Playroom and The Playroom VR, as well as The Persistence, a most original PSVR horror game … which later came out as a “normal” game on PS4, Xbox One, Switch, and PC.

I was born to Play games. I related to Tokyo, Japan. Playing on Nintendo Switch is my hobby. Playing games is in my blood
Previous Toadette may have been a playable character in Super Mario 3D World + Bowser’s Fury
Next It seems that today’s Nintendo Direct has news from Suda51