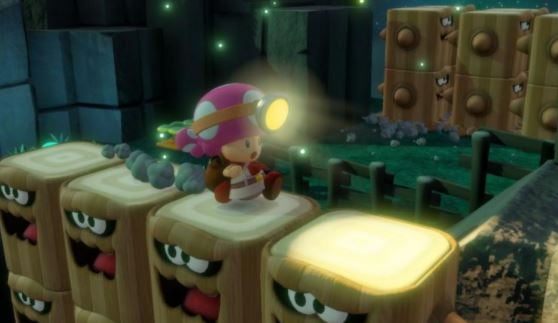 admin February 17, 2021 News Comments Off on Toadette may have been a playable character in Super Mario 3D World + Bowser’s Fury

One user claims to have found evidence that Toadette was to be a playable character in Super Mario 3D World + Bowser’s Fury on Switch. Maybe he ends up as a DLC character?
Super Mario 3D World + Bowser’s Fury has just come out on Nintendo Switch, and unlike previous ports of Wii U games to the new console, this one does include significant news. In particular, Bowser’s Fury, which is a completely new game, and adds several extra hours of fun to the whole.

However, Super Mario 3D World has moved almost unchanged from Wii U to Switch. The only (and important) difference is the addition of online multiplayer, and now the characters also move somewhat faster. But otherwise, it is identical.

However, it seems that that was not always the idea. Twitter user Nickoloxx claims to have found evidence in the game files that Toadette was to be a playable character . It says it found 214 character animations and a dialog line upon selection, though no 3D models.

There is no “physical” evidence, although he claims that he somehow managed to get Toadette’s voice to be heard on the character selection screen.

What do you think? Toadette does not appear in the game, although Toad does appear as one of the playable characters. Toadette did, however, appear in the Super Mario 3D World spin-off Captain Toad Treasure Tracker, released on Wii U, 3DS, and Switch.

Interestingly, before the launch of the Switch game, many users believed they found clues that another character would be included as a novelty in the game, Princess Daisy … although this has not been the case. Will we see Toadette or another character in any update or DLC?

I was born to Play games. I related to Tokyo, Japan. Playing on Nintendo Switch is my hobby. Playing games is in my blood
Previous “That would be unwise”: Nintendo is not going to “blindly buy up game companies”
Next Horizon Zero Dawn could get a PSVR spin-off