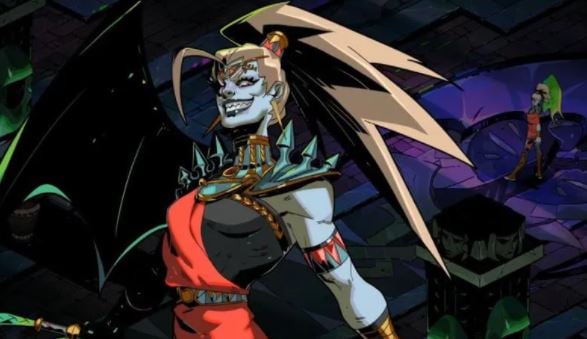 These are all the movements that Alecto can use during the confrontation, so you will know how to avoid them.

One of the most complicated bosses that we are going to face in Hades is Alecto, one of the three erinies and one of the final bosses of Tartarus.

He is a boss who will throw at us different deadly attacks in rapid succession and it is totally key to know them to know how to dodge them and not die trying.

In order for you to defeat him easily, we are going to specify all the attacks that Alecto launches in the confrontation, and the way to dodge them so that you can avoid suffering any type of damage.

How to defeat Alecto in Hades fast and easy

These are all the attacks Alecto can launch in the game and how to dodge them:

Energy Blast is when it fires a series of reddish-pink energy orbs that originate in their own position, but that will return outward in circles so to avoid this attack you must stay as far away from the boss as possible.

Slashing Blow uses its wing to make a horizontal attack in a close combat range, and you can dodge them because the enemy will telegraph this attack so you know when to move away.

With the swift hit, it is very difficult to see it coming, but it is done in a linear trajectory in a short distance, you could also intuit it, so do not stay in front of the boss to avoid this attack.

Spiritual Invocation, where from time to time it will ask for reinforcements in the form of a spectral ally that luckily has very little health, making a series of basic melee attacks with which it will not be very difficult to defeat them.

In the second phase of the fight, he will use another new attack during which he will launch a large but slow projectile that is a kind of energy orb surrounded by rotating blades. It is very intimidating but it is quite slow, so you could avoid it whenever you are moving.

So with this, you already know what are all the movements that Alecto can use against you in the game.

How to Unlock Advanced Photo Mode in Cyberpunk 2077

Solve the puzzle of Watatsumi’s faces in Genshin Impact 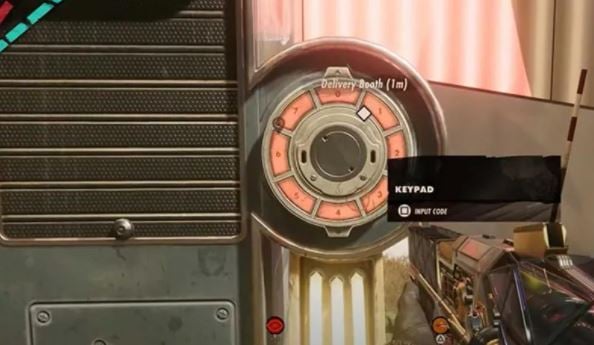 We tell you exactly where you can find this code that will allow you to unlock the shipping box in Deathloop as soon as possible.

The shipping boxes are tremendously important in Deathloop since they will allow us to order a selection of items that we can use in the game, but unfortunately, it is a site that is blocked from the beginning.

We can find a shipping box in each of the four districts of the game, but to be able to use them you need to first enter a code that is different for each of the users.

Luckily, we know the exact location of where you can find the code for the shipping boxes so that as soon as you have access, you can enter this code and thus get the advantage.

Basically, you have to wait for the game time until you get to Fristad Rock, specifically, it has to be at noon, and once there, you have to go through the tunnel, then turn right until you hit a cliff. Jump this cliff, continue through the area until you reach a path that leads directly to the water.

Well, at the end of this path, you should find a large bunker, and the code you need is inside it.

You have the code written on a kind of whiteboard or wall that can be seen from the first room of the bunker. This board is past the windows on the right side of the area, and in order to see the code, just take out any rifle with a scope and point it.

Once you have it, go to the relevant shipping box and enter the code to be able, from now on, to order batteries, cranks, cancellers, and much more. 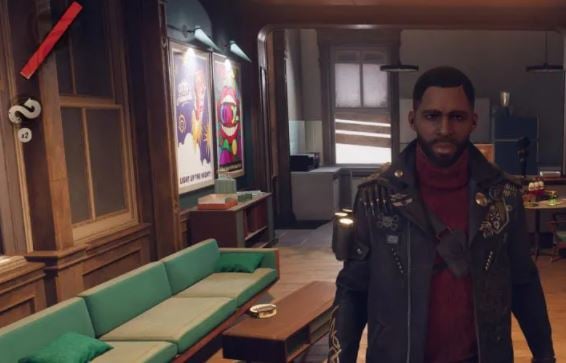 The puzzle of the Deathloop pictograms and cassettes is random, but there are specific locations that you must find to see the story of Charlie and Fia.

Deathloop is a game with a seemingly simple goal: kill eight targets on an island during the course of a single night. However, every time we die we reappear at the beginning of the night, so we have to learn well to use our tricks and move around Blackreef.

Fortunately, that also leaves us a little more breathing space to investigate the many secrets on the island. There are many puzzles that we must solve by finding other objects or information on the map, as with the pictograms in the Fia bunker.

How to solve the pictogram puzzle in Deathloop

The first thing you should find is a machine with four screens, in which you must enter a combination of symbols. The machine is at a location on Fristad Shore, where Charlie and Fia were secretly meeting. Arrive at the beach and continue to the left bordering the sea, soon you will find a door with a 09 written on it.

The location of the correct pictograms is always the same, but the order in which the clues appear in the note and the pictograms themselves, the symbols that you will find in the locations, and that you must put in order on the machine, are random in each departure.

When you find the symbols, you will have to press in the order in which you put the cassettes in the machine in your game (track menu), looking at the symbol on the spine, to discover what is on the other side. .. 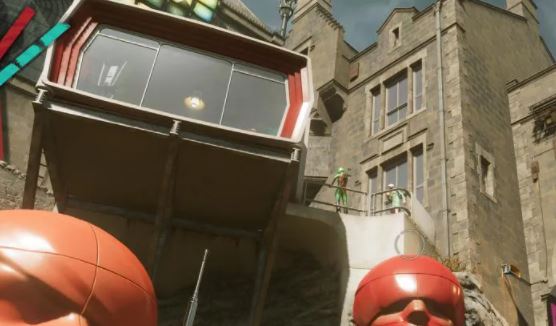 These are the answers to the Yerhva machine in Deathloop: so you can solve one of the most complicated puzzles in the Bethesda game on PS5 and PC.

The island of Blackreef is full of secrets that we can explore in Deathloop, and we can dedicate some of the time loops to explore without fear, since when we die … we reappear from the beginning.

Arkane’s new game for PS5 and PC is a gem that perfects the first-person action and stealth we know from games like Dishonored by adding time-loops mechanics. And one of the secrets we can find while exploring Blackreef is the Yerhva machine in Karl’s Bay.

All Yerhva’s responses in Deathloop

You will find the Yerhva machine in a hut in Karl’s Bay, on the wall of which it says “Queen of Riddles”, or Queen of Riddles. This computer/automaton asks you 10 questions about the history of Blackreef with eight options, but if you fail one you will not be able to start again, you will have to try another time loop (the questions come out in random order each time).

You will find the answers all over Blackreef, in books on the history of Blackreef, explaining the lore of the game. But if you can’t find any, here are all Yerhva’s answers, to complete the puzzle and get the reward … not too attractive, really.

Remember, the questions will come out in a different order each time you play. Look at the questions, answers and their number and you can deduce them.