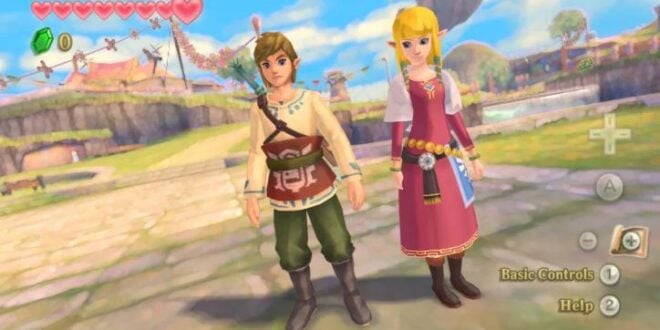 In recent days, a rumor has been circulating the network that Zelda: Skyward Sword was on its way to Nintendo Switch after a recent listing on Amazon UK. Now we get more details about it.

And it is that one of the most reliable insiders in relation to leaked Nintendo content, King Zell, has spoken about it. In response to a fan who wondered about the arrival of Zelda: Skyward Sword to the hybrid console, he shared that this title “is on its way.”

User: Someone said that during the Zelda concerts Nintendo gave hints of Skyward Sword HD, can anyone find these images?

King Zell: It’s on the way.

In this way, you are ensuring that Zelda: Skyward Sword will end up coming to Nintendo Switch. At the moment he has not shared any more details, so we will be attentive to more details.

However, these statements undoubtedly give enough weight to the rumor.

The Legend of Zelda: Skyward Sword is an action-adventure game developed and published by Nintendo for the Wii. The sixteenth mainline entry in The Legend of Zelda series, it was released worldwide in November 2011. The game was made available worldwide on the Wii U eShop in September 2016.

I was born to Play games. I related to Tokyo, Japan. Playing on Nintendo Switch is my hobby. Playing games is in my blood
Previous FAMOUS GRANNY AUDIE SHOWS US HER ANIMAL CROSSING: NEW HORIZONS ISLAND
Next Rumor points to a new Nintendo Direct for next week