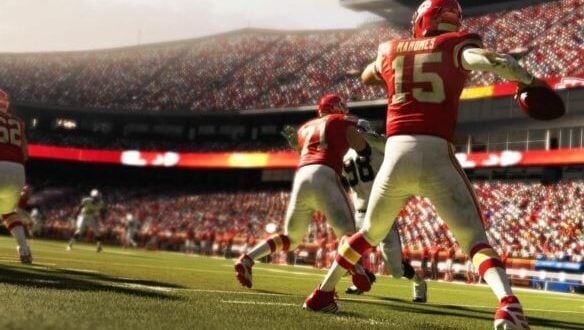 Madden NFL 21 was released on August 28, and its sales, according to a report by EA, in the week after release, were 20% more than the previous part of the series in the same period. Madden NFL 20’s starting sales were record-breaking for the series.

EA also noted that compared to Madden NFL 20, player engagement in Madden NFL 21 has increased significantly – by almost 50%. In seven days, users have completed over 460,000 seasons and played over 17 million matches in the new The Yard mode.

Madden NFL 21 also received the lowest average user rating in Metacritic history, with a game rating of 0.3. This is half the size of Warcraft III: Reforged.

Madden NFL 21 is available on PC, PS4, and Xbox One, and is due out on PS5 and Xbox Series X later.

I was born to Play games. I related to Tokyo, Japan. Playing on Nintendo Switch is my hobby. Playing games is in my blood
Previous RepelisPlus APK For Android
Next CD Projekt Mid-Years Report: The Witcher 3 Switch Sales and Self-Isolation Help Increase Revenue 70%