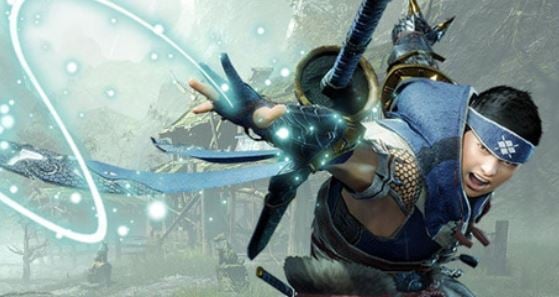 It seems that Monster Hunter Rise continues to break sales records. This time, we’ve got some really impressive information from Japan.

According to what’s been shared, the title is already the third-best Nintendo Switch launch in the country in the console’s history. It’s only beaten by Animal Crossing: New Horizons and Pokémon Sword and Shield.

Additionally, Monster Hunter Rise is the best-selling title within the month of March within Japan, outside of being the third-best retail launch for the Nintendo Switch. Second place was Super Mario 3D World + Bowser’s Fury, which only sold roughly 169,899 copies in comparison to Monster Hunter Rise‘s 1.3 million copies.

As it stands, Monster Hunter Rise seems to be a certified hit, with global sales almost breaking even with Monster Hunter World during its initial global release. During the first three days of its release, the title had shipped over 4 million units worldwide. Additionally, Monster Hunter Rise has officially sold over 5 million copies worldwide on the Nintendo Switch alone. A PC port of the game was announced and is scheduled to release in early 2022.

Sony could be working on a voice-controlled PlayStation controller

Resident Evil Village Azure Eye and Silver Ring are both treasure items that you can find in the game and sell them for often much-needed Lei. You find them separately and can sell them separately, too. However, there’s a catch – if you have them both, you can unlock a different item, as well as a trophy/achievement. So, in this guide, we’ll show you where to find the Resident Evil 8 Silver Ring and Azure Eye, as well as what to do with them once you have them both.

Where to get the Silver Ring

The Silver Ring Resident Evil Village location is in the Hall of Pleasure, aka the place where you find the Mask of Pleasure. You can read all about it in our Mask of Pleasure Resident Evil Village guide. Long story short, you first need to get Dimitrescu’s Key from the Dimitrescu Chamber, then go back into the Main Hall. Run up the long staircase, head down the corridor on the right, then through the white-face door on the left. Unlock the door with the gold insignia on it, and you’re in the Hall of Pleasure. Inspect the chest of drawers to the right of the fireplace, and there’s the ring. 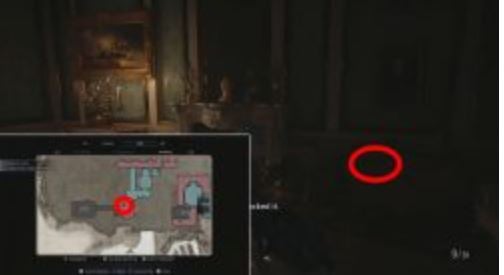 Once you have both the Resident Evil Village Silver Ring and Azure Eye, go into the menu and combine them. This will unlock the Repairer trophy/achievement, and grant you a truly creepy item. No matter how you turn the ring, the eye will always be staring at you. The only thing left to do now is finding the Duke’s Emporium and sell the newly-minted Azure Eye Ring for 12,000 Lei.

Where to get the Azure Eye

Requiring a bit more work, the Azure Eye is hidden in the basement within the Special Chambers. This room is located near the Chamber of Solace, and you’ve most likely run past it at this point in the game. The Special Chambers is locked, only to be open with the Iron Insignia Key that is naturally obtained by playing the story.

Within the Special Chambers, note the broken wall in the left corner of the room. Throw a Pipe Bomb at the broken wall to reveal a burning brazier. Light the two unlit braziers by knocking the one into the burning brazier, rinse and repeat. We suggest using Ethan’s body to bump the brazier into the fire as opposed to wasting ammo shooting them. If the body trick doesn’t work, go ahead and shoot the unlit brazier once or twice. Puzzle completed, open the coffin to retrieve the Azure Eye.

How to combine the Silver Ring and Azure Eye

Open your Inventory and scroll to your Treasure Items. Click on the Azure Eye (or Silver Ring) and choose Combine. A new menu will appear that will allow you to combine both items. Press OK to confirm. If you’ve never combined two items before, you will be awarded the Repairer Trophy.

With the now-combined Azure Ring, go ahead and take it to the Duke, who will pay a pretty penny for the item. 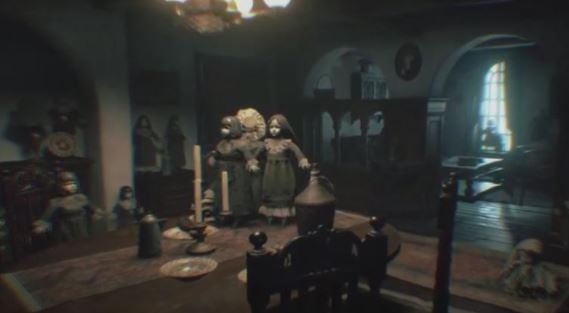 We give you all the steps so you can defeat the elusive doll Angie from Donna Beneviento, and worst of all, you will not have even weapons.

One of the great confrontations that we are going to have in our journey in Resident Evil 8 Village is with Donna Beneviento, specifically with her diabolical doll, who is going to try to make life impossible for us, and when we reach a starting point, the confrontation is inevitable.

One of the four great bosses that we have to face in Resident Evil 8 Village is against Donna Beneviento with her devilish doll Angie, and although Beneviento is always in the shadows stalking us, it is really the confrontation against the doll that is going to us. make things very difficult.

It is a very particular confrontation because we will first have to locate the doll that will be hiding and then stab it, and before you fall into successive traps of other diabolical dolls that will appear, it is better that you follow our guide.

Resident Evil 8 Village: Where is Angie, the doll of Beneviento, and how to defeat her

Once you have arrived at Beneviento’s house, you will have to solve different puzzles related to a mannequin of the protagonist’s wife. After that, comes the culminating moment of this area.

When you have completed the previous puzzle and therefore have restored the energy in the basement of Beneviento’s house, you can take the elevator to return to the first floor, and this is where the combat will take place.

As soon as you find the doll, it will float out of the room and we will have to follow it through the door directly in front of you. As soon as you pass it, turn left and go up the stairs. Once upstairs, follow the hallway to the second door and enter the room.

It is the room marked on the map as the guest room and you will see the doll on the floor. As soon as you get close, you will stab her.

In the second stage of this combat, you must leave this room and go back down the stairs. Pass by the portrait of Beneviento and his doll, turn right and return to the main room until you locate a table full of dolls.

In this room the doll can appear in various places in it, although in general, it appears more often behind the shelf or next to the sofa. Come closer again, and stab her again.

In the last phase, you will have to go to the elevator where you left the basement a few minutes ago, and you will meet her there.

As soon as the scene passes, you will finally finish with this doll and also with Beneviento since his corpse will appear right there next to it. 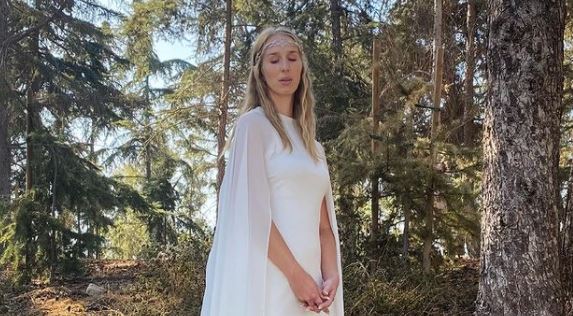 A few months before the release of Resident Evil Village, fans of the series took notice of Alcina Dimitrescu, one of the villains in the game. She was remembered by the players due to her bright appearance and charismatic image: she had her own fans, who dedicated many fan arts, fanfiction, and memes to her.

The character’s popularity reached the point that Capcom made her the centerpiece of the Resident Evil Village ad campaign. That being said, the company did not publicly announce who played Lady Dimitrescu in the game. We decided to find out which actress performed this image.

The role of Lady Dimitrescu was played by Maggie Robertson: the actress told about this on her Twitter. At the same time, she registered an account only in February of this year, and in her profile, there are now only three tweets – and all are dedicated to the Resident Evil Village. 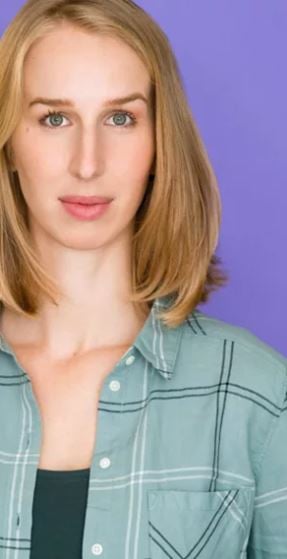 Robertson stated that she not only voiced Dimitrescu, but also recorded the movements for motion-capture in the image.

“Finally, we met …”. I am PLEASED to announce that I have voiced and played our beloved Lady Dimitrescu. It is such an honor to be a part of this game, and to embody the image of this huge, um, character.”

Maggie recently embarked on an acting career: according to IMDb, she only played her first film role in 2017, in Nothing to Do. In addition, the actress personally wrote her biography on this site. At the same time, her height is 183 centimeters – perhaps thanks to this she got the role of Dimitrescu.

Maggie Robertson began her career in regional theater in Washington DC. Her favorite roles and productions include Madame de la Grand Bush in Beauty and the Beast, Another Place by Sharr White and Dani’s Girl by Michael Koeman and Christopher Diamond.

She received her MA in Classical Acting from the London Academy of Music and Dramatic Arts. Maggie joined the ranks of other notable alumni such as Benedict Cumberbatch, David Oyelovo, Brian Cox, Ruth Wilson, Chiwetel Ejiofor and John Lithgow. After graduation, Maggie moved to Los Angeles and has since starred in various independent films.

Also Maggie is a talented singer and musician. She studied classical music before moving on to jazz, pop music and musical theater. Maggie plays guitar and can perform beatboxing.

Maggie has her own website with links to social networks and examples of her work, including voice recording. Among them is audio with imitation of the voice acting of Galadriel from “The Lord of the Rings”. At the same time, the actress indicated on the website that she had “the voice of a sophisticated and capable mother who knows her business … and her wine.”

The actress did not reveal exactly how she got the role of Lady Dimitrescu. One can only assume that the developers at Capcom were impressed by her voice, acting talent, and impressive growth.

Now on the net, you can find a video about the creation of the image of Lady Dimitrescu, in which you can see a recording of the movement of Maggie Robertson. The actress simultaneously voiced her character and played a role in a motion-capture studio.

It is not known for certain which actress gave Lady Dimitresku’s appearance: according to unverified information, the character’s face was recorded from the Polish model Helena Mankowska. But Capcom has not officially confirmed her participation in the game – so this is just speculation.

And Robertson herself, thanks to the role of Dimitrescu, gained certain popularity – almost four thousand people have already subscribed to her Twitter. Perhaps this will positively affect her career, and we will see Robertson in other games and films.