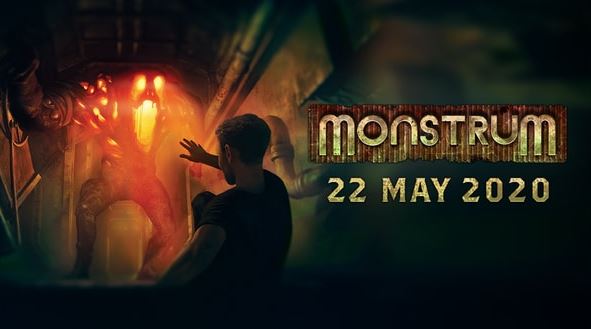 Monstrum is coming to Nintendo Switch and PS4 on May 22

admin April 23, 2020 News Comments Off on Monstrum is coming to Nintendo Switch and PS4 on May 22

Monstrum, published by Soedesco and developed by Team Junkfish, is coming to Nintendo Switch and PS4.

According to the officials, the game will be released digitally on May 22. Due to COVID-19, they are unable to release physical copies of the game these days.

It must be noted that Monstrum was first launched for the PC via Steam in May 2015.

As an overview provided by Soedesco:

In Monstrum, players awaken trapped on a massive, derelict cargo ship with no knowledge of how they got there. Hunted by a horrific predator, they must scavenge the ship for clues and tools to find a means of escape. Left completely defenseless against a prowling beast; the only way to survive is to distract, hide, or slow the creature down before running for your life. Players only have one chance; permadeath and no save points means that once killed, they’ll have to start from scratch – so try not to get caught!

The procedurally generated ship not only ensures you stay lost in the labyrinth of rooms, pathways, and items that change with each new game but also randomizes the monster hunting you too… so brace for the unexpected.

Here is the trailer for the game.