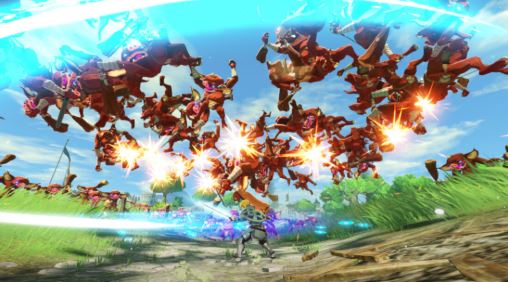 admin September 8, 2020 News Comments Off on Nintendo Announces Hyrule Warriors: Age of Calamity – Musou Prequel to Breath of the Wild

Hyrule Warriors: Age of Calamity will tell you about the events that took place 100 years before the plot of The Legend of Zelda: Breath of the Wild. The main characters will be Link, Zelda and other warriors of Hyrule, who will fight against the army of Ganon, who invaded the kingdom.

The game will be available for both solo playthrough and local co-op for two.

Hyrule Warriors: Age of Calamity is a Musou game, which also includes, for example, the Dynasty Warriors series. Nintendo worked with Koei Tecmo to develop it.

The game will be released on Nintendo Switch. Gameplay details will be revealed on September 26.

I was born to Play games. I related to Tokyo, Japan. Playing on Nintendo Switch is my hobby. Playing games is in my blood
Previous Crusader Kings 3’s emergent narratives mix historical authenticity and genital catastrophe
Next 24K gold PS5 preorder starts Thursday at £8099, £7999 for discless