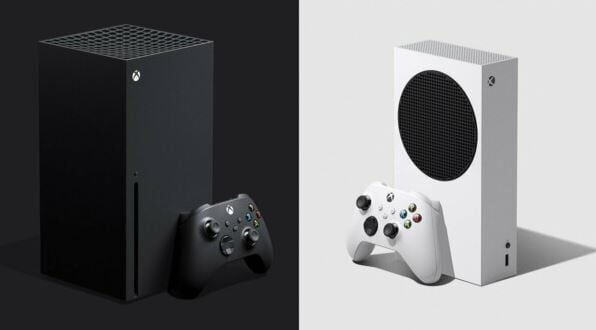 Official Xbox accounts launch new taunts at Sony for the size of PS5, its base … which they then delete

admin 2 weeks ago News Comments Off on Official Xbox accounts launch new taunts at Sony for the size of PS5, its base … which they then delete

It is not the first time, nor will it be the last, that companies throw certain messages at each other with derision, mockery, or bragging about something that they themselves make very easy. What’s more, do you remember all the chaos that was generated on the day of the PS5 bookings? This caused a lot of anger among users and since the reservations for Xbox Series X and Xbox Series S had not yet begun, Xbox took advantage of it.

And that wasn’t the only time, as you may well know – or perhaps remember – Xbox Series X has a feature called Smart Delivery. With this service, if you already have a game on Xbox One, you could download its digital version on Xbox Series X at no additional cost, keeping your progress; in relation to this, Xbox also launched a challenge to Sony.

Now new ones have arrived because just yesterday a new PS5 video was revealed in detail: showing what the interior of the console looks like, its hardware components, and other details. In one of the parts of the video, it is shown how to change PS5 from vertical to the horizontal position, having to unscrew its base, keeping the screw in an enabled hole, etc.

But that has not been the only one, Xbox Taiwan has also joined the game of taunts, although it has been around the size of PS5. The new Sony console has quite large measures, all according to the company for the components and to help dissipate the heat. Well, what has caused this is a joke of the Taiwanese Xbox account.

If you find it hard to see what it is, don’t worry because it’s normal, you have to think about the size of the new PlayStation 5, compared to the new Xbox consoles. Not yet? Well, then all you need to do is check what you can see between the two Xboxes.

Anyway, you can see the tension between companies as they will both be launching their new generation consoles in the same month and within days of each other. Have you decided which one you are going to have? Maybe it’s both because you enjoy playing.

I was born to Play games. I related to Tokyo, Japan. Playing on Nintendo Switch is my hobby. Playing games is in my blood
Previous CD Projekt: “Some people seem to prefer us as bad guys because of our ideological narrative”
Next GameStop has entered into a strategic partnership with Microsoft against losses