On this day 20 years ago, Super Smash Bros. was released for Nintendo 64 in Europe
Breaking News 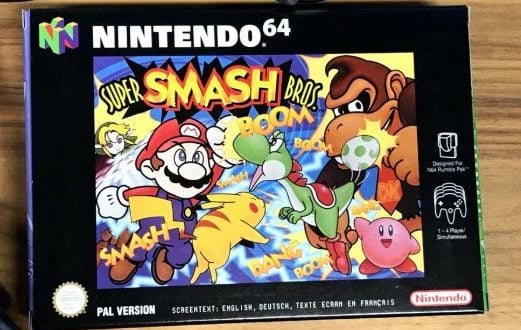 On this day 20 years ago, Super Smash Bros. was released for Nintendo 64 in Europe

admin November 19, 2019 News Comments Off on On this day 20 years ago, Super Smash Bros. was released for Nintendo 64 in Europe

Today we have another good news related to Super Smash Bros. ultimate that it has been nominated for the best game of the year.

The 2019 Game of the Year nominees are Control , Sekiro , Death Stranding , Super Smash. Bros Ultimate , Resident Evil 2 and The Outer Worlds . All frontline games, which have received an 8 or more in our own analysis … but are they the best of all? The reaction on the Internet has been divided, as some of the most commented games of the year were left out, which received such good or even better reviews: where are Fire Emblem Three Houses , Astral Chain , Devil May Cry 5 ?

The closing of the votes is usually in the first days of November (that’s why Super Smash Bros. Ultimate was left out last year), and although many media had received Death Stranding in time to review it, two games that had what to fight: Star Wars: Jedi Fallen Order and Pokémon: Sword & Shield (of which we will have analysis in the coming days).

Game of the Year