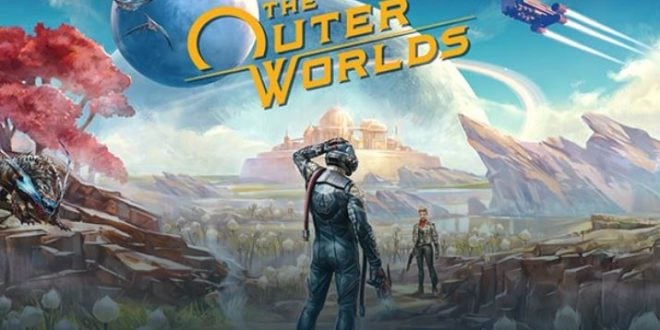 admin 3 days ago News Comments Off on Patch with graphics improvements for The Outer Worlds on Switch will be released on October 21.

The developers announced this on the official Twitter account of the game. The developers of the RPG attached comparative images, where you can see some improvements — in particular, in the Switch version, the developers added cloud effects, as well as improved the display of surfaces and lighting.

The Studio promised to share the patch details later. The update will be available for download on October 21, and on the 22nd the game can be purchased at a discount in the Nintendo eShop.

The port of The Outer Worlds for the Switch was released in June 2020. Reviewers generally appreciated the transfer of the game to the hybrid console positively, but many noted that as a result, the developers had to sacrifice a lot of graphics.

I was born to Play games. I related to Tokyo, Japan. Playing on Nintendo Switch is my hobby. Playing games is in my blood
Previous 5 Best Text Message Tracking Apps
Next The Brazilian division of Xbox fired a new presenter after she started receiving death threats

Western Digital has announced a new line of NVMe SSD, fast enough to be PS5 …