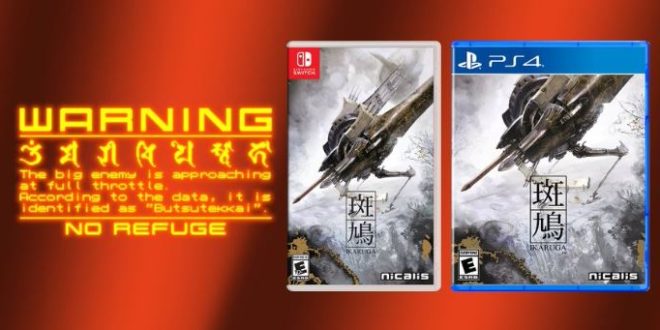 admin November 23, 2019 News Comments Off on Nicalis confirmed “Physical copies of Ikaruga for Nintendo Switch are currently in active production”

The passage of time has been benevolent with some of the most important shooters because thanks to constant reissues it has been possible that they remain in force and that they are available for new generations. Of course, the best will always be to play them in their original version, but this is no reason to disregard interesting releases like the one that Ikaruga will have , which physical edition is already in production .

The Nintendo Switch and PlayStation 4 versions of Ikaruga have received a power-up. Physical copies of both versions of the game are being produced.

“Physical copies of Ikaruga for Nintendo Switch and PS4 are currently in active production,” Nicalis said in a tweet announcement. “A release date will be announced when all the details are finalized.”

Ikaruga is one of the most important shoot ’em up in history and has remained in force for 18 years after its debut in Arcade, the same period in which it has seen releases on Dreamcast, GameCube, Xbox 360, PC and recently on PS4 and Nintendo Switch .

I was born to Play games. I related to Tokyo, Japan. Playing on Nintendo Switch is my hobby. Playing games is in my blood
Previous Masahiro sakurai is working on a new fighter
Next Taisho Pharmaceutical won the Famitsu Super Smash Bros.Ultimate corporate tournament