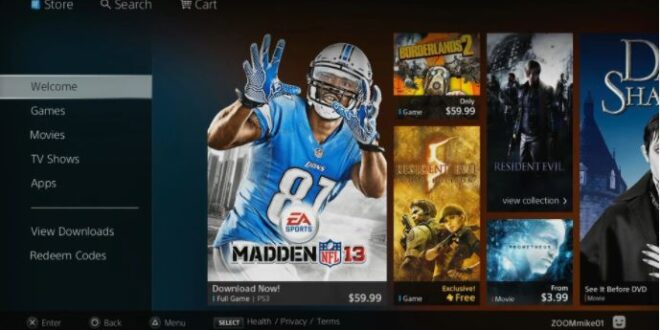 Earlier this week, Sony announced that it was closing the PS Store in the summer on PlayStation 3, PSP, and PS Vita. Although this will in no way affect the ability to download previously purchased content, after disabling online stores, the legal way of buying will lose more than two thousand games that were released only in digital format, and many of them will be irretrievably lost from official access since they never appeared on other platforms and did not receive a physical release.

Not surprisingly, after the news of the imminent shutdown of the PlayStation Store, many decided to take the last chance to replenish their digital libraries with the necessary games, but the owners of PlayStation 3 have problems with this. In particular, in recent days, the Internet is literally blazing with messages from users complaining about errors 80029509 and 80029721. They appear when you try to download games, and this applies to both new purchases and old ones hanging in the download list.

Users try to contact PlayStation customer support for help but to no avail. According to the Push Square portal, most of the service staff are trained to solve problems with PS4 and PS5, while only a few are involved in PS3 issues. According to posts on social networks and on thematic forums, some players were helped by enabling and disabling double authentication, but this does not work for everyone.

Apparently, the problems have arisen due to a sharp increase in traffic. Perhaps, some believe, in recent years, Sony has reduced support for the PS3’s network infrastructure in favor of the PlayStation 4 and PlayStation 5, which may have caused the servers to be simply unprepared for the influx of users – hence the mistakes. Sony has not yet commented on the situation.

I was born to Play games. I related to Tokyo, Japan. Playing on Nintendo Switch is my hobby. Playing games is in my blood
Previous Will Pokémon Brilliant Diamond and Shining Pearl be sold together? This and other questions for its premiere
Next Highlights from Digital Foundry’s Cyberpunk 2077 Patch 1.2 Analysis