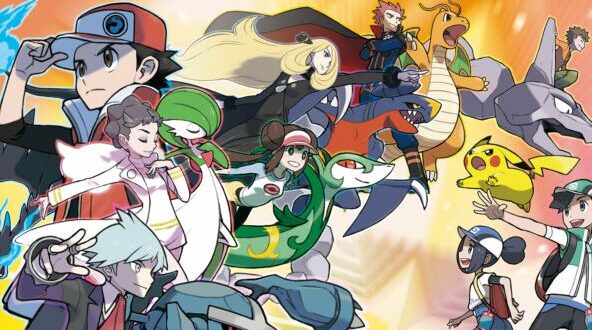 admin September 4, 2020 News Comments Off on Pokémon Masters took second place among mobile games in the series in terms of starting revenue — it was second only to Pokémon GO

The financial results of Pokémon Masters were reported by the analytical firm Sensor Tower. According to its data, the game, which was released in August 2019, collected revenue of $ 75 million by September 2020.

Thus, Pokémon Masters ranked second among the mobile game’s franchise in terms of revenue for the first year. It was second only to Pokémon GO, which raised over $ 832 million in 2016-2017, but significantly outperformed the rest of the mobile parts of the franchise, which are ranked in the top five most profitable.

In the Squad RPG genre, the game took the 13th place in terms of starting revenue — just before it in the list was Final Fantasy Brave Exvius, and after it — King’s Raid. Pokémon Masters took the second place in its genre in terms of the number of downloads — it was surpassed only by RAID: Shadow Legends.

The most profitable for Pokémon Masters was the App Store — where the game earned $45.4 million, while on Google Play it earned $ 29.2 million. At the same time, the number of downloads on Google Play turned out to be higher – 12.1 million versus 10.6 million in the App Store.

I was born to Play games. I related to Tokyo, Japan. Playing on Nintendo Switch is my hobby. Playing games is in my blood
Previous Super Mario Sunshine in 3D-All Stars is not compatible with the GameCube controller
Next Microtransactions in cyberpunk 2077 multiplayer and a long period without discounts: the main thing from CDP’s conversation with investors