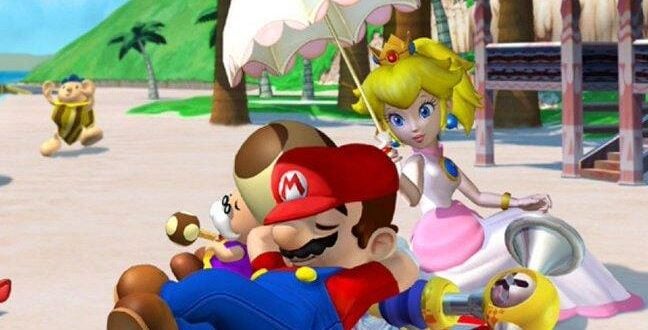 admin September 4, 2020 News Comments Off on Super Mario Sunshine in 3D-All Stars is not compatible with the GameCube controller

This collection is titled Super Mario 3D All-Stars and will go on sale shortly, on September 18. Although a trailer was seen, several questions remain about how these games have been adapted to the Nintendo Switch. And we know, according to the official Nintendo website in Japan, that Super Mario Sunshine will not be compatible with the GameCube controller.

Although most players may not even realize it, this means that they have made important changes to the control system, since the original game used the analog triggers of the controller to control the force with which to launch the water jet of the ACUAC, necessary to various situations. It remains to be seen how they have adapted that action to the simple triggers of the Nintendo Switch controllers.

Another game that raises questions about how it will control is Super Mario Galaxy, which used the pointer on Wii. Nintendo has confirmed that, although with the Joy-Con undocked we can emulate the experience of the original, it will also be possible to play it in portable mode and with a Pro controller.

I was born to Play games. I related to Tokyo, Japan. Playing on Nintendo Switch is my hobby. Playing games is in my blood
Previous Prince of Persia Remake Set to Announce at Ubisoft Forward September
Next Pokémon Masters took second place among mobile games in the series in terms of starting revenue — it was second only to Pokémon GO