Seven Incredible Tarantulas You Can Keep as A Pet

admin January 6, 2021 Analysis Comments Off on Seven Incredible Tarantulas You Can Keep as A Pet

Tarantulas make lovely pets. These exotic, fascinating creatures require less attention than dogs and cats. They are way easier to keep than even a fish. This is because most species are tough. They also make for a great conversation with friends and family.

Despite this, as a novice pet owner, you need to exercise caution while picking a tarantula as a pet. Some species are more aggressive and feature lethal venom than others. If you are looking for a safe, mildly tempered species, consider the curly hair tarantula.

If you are not satisfied with this species, here are other alternatives you can keep as a pet at home:

This is the most common type of tarantula kept as a pet across the US. Their popularity is due to their mild and gentle nature. It makes taking care of them much more manageable.

However, they tend to fast for months on end, which in some instances can be aggravating.
Despite this, they still make for wonderful pets, especially for beginners.

The Chilean rose hair and the Mexican red knee are a favorite of the big screens; they have featured on several movies and TV shows. Like its Chilean counterpart, it’s very docile and features more beautiful colours.

Please note that some individuals find this species’ hair to be a bit irritating to the skin. Thanks to their popularity, the species has become restricted. Harvesting them has been made illegal. This has resulted in the species being on the expensive side.

Despite being less popular than the Chilean rose hair tarantula, the curly hair tarantula still makes for a good pet. This tarantula is gentle and incredibly docile. On the other hand, they have a hearty appetite. This makes them grow up really fast.

The Aphonopelma chalcodes is yet another remarkable docile species. For a long time, this tarantula wasn’t available for sale; this has changed recently. It’s steadily making a comeback. Locating a store that sells this species remains a bit challenging.

Easily, one of the most popular species. It can be distinguished by the gold-coloured bands on its legs. Unfortunately, this type isn’t as colourful as the red knee tarantula. With a leg span of about eight inches or more, it’s certainly an imposing creature.

Despite their size, they have a sweet disposition. They tend to cost more than other species.

This variety tends to be on the large side; similarly, they aren’t as colourful as other tarantulas, but they have a sleek, elegant look- courtesy of their smooth black carapace. This species is nearly as large as their Grammastola aureostriatum counterparts.

Compared to the other species on the list, this type of tarantula is the hardest to take care of. They tend to be a bit skittish; thus, handling them isn’t recommended.

They don’t usually bite but are prone to running away. However, it remains a treasure to many tarantula pet owners.

I was born to Play games. I related to Tokyo, Japan. Playing on Nintendo Switch is my hobby. Playing games is in my blood
Previous The Medium releases new 15-minute gameplay showing off its mechanics and technical section
Next CD Projekt Red Denies Controversial Cyberpunk 2077 Related Information Released Anonymously 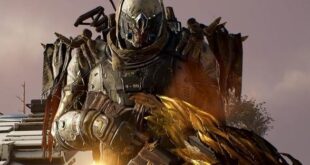 Outriders: This is the best way to farm equipment after the update

So far we only have a rough idea of ​​the multiplayer mode of Cyberpunk 2077. …