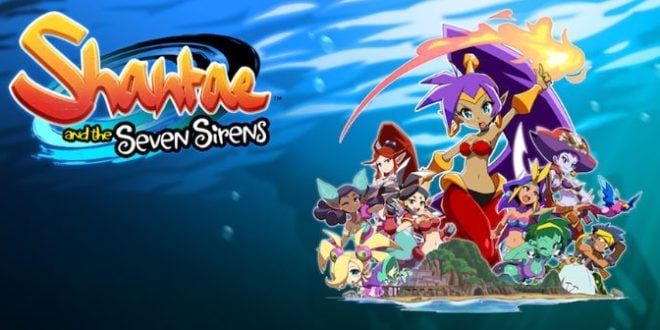 WayForward has provided a brief update on Shantae and the Seven Sirens development. According to the developer, the game is almost finished. However, its launch window has been moved from 2019 to spring 2020.

Shantae and the Seven Sirens will be released for Nintendo Switch, PlayStation 4, Xbox One, PC and smartphones via Apple Arcade (part 2).

Hey, everyone! Development on Shantae and the Seven Sirens for Console/PC (and Apple Arcade Part 2) is nearly finished! We’ve moved the release window to Spring 2020, but promise it will be worth the wait! Thank you for your support!

Shantae and the Seven Sirens is a platform game developed by WayForward. It is the fifth game in the Shantae series, following Shantae: Half-Genie Hero.

I was born to Play games. I related to Tokyo, Japan. Playing on Nintendo Switch is my hobby. Playing games is in my blood
Previous Nintendo starts an eShop promotion that offers up to 50% off to celebrate The Game Awards 2019
Next 3000th Duel is coming to Nintendo switch