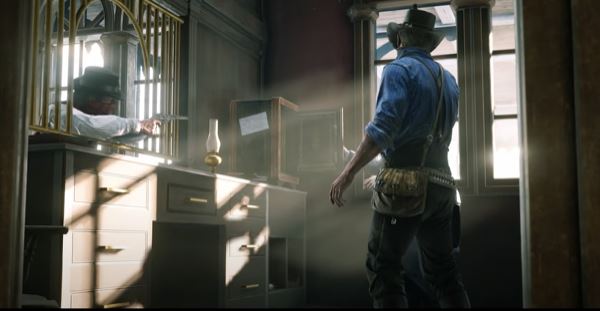 Portal Giant Freakin Robot reports, citing its sources, that Sony Pictures, together with Rockstar Games, is launching the development of the film adaptation of the Red Dead Redemption game.

There are no details about what the film adaptation will be like at the moment. The original RDR was released in 2010 and instantly became the next hit for Rockstar. Eight years later, the second part came out, which was a prequel about Dutch van der Linde’s gang.

Although Westerns are no longer a source of big money for Hollywood, and video game adaptations are rarely high-quality, given the original source, Sony and Rockstar, with the proper approach, may well be able to bring something really worthwhile to the genre.

At the same time, in addition to the possible Red Dead Redemption, Sony is now actively engaged in transferring to the screens of other PlayStation franchises. Just the other day, the film adaptation of Ghost of Tsushima was officially announced. The film Uncharted has already been filmed and several series adaptations are being prepared, including The Last of Us and Twisted Metal, and one of the latest rumors pointed to the development of a major film project based on Demon’s Souls.

I was born to Play games. I related to Tokyo, Japan. Playing on Nintendo Switch is my hobby. Playing games is in my blood
Previous Monster Hunter Rise has become the best-selling game in the UK
Next CD Projekt has announced a change in strategy – the company will begin parallel development of two AAA games from 2022