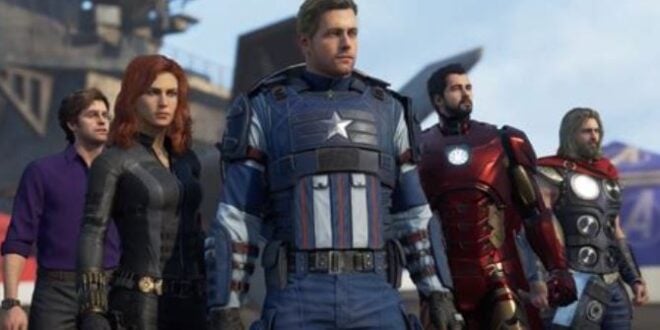 The multi-platform “Avengers” started from the first line in the UK retail, but the circulation of the game was less than a third of that of Marvel’s Spider-Man during the same period – both games were released in September.

Compared to Shadow of the Tomb Raider (in its development, Crystal Dynamics took only partial participation), then its Avengers overtook only 2%. Technically, this part of Lara Croft’s adventures started better than Rise of the Tomb Raider by 25%, but this happened only due to the temporary exclusivity of the second part on the Xbox. So the current Avengers retail sales can be considered rather weak.

As noted by Gamesindustry.biz, the performance of the “Avengers” should initially be very different from those of Spider-Man, since it is a service game. In addition, discreet press reviews (73 out of 100 on Metacritic) and the fact that this is a cross-gen title, and many players will decide to wait for the version for PS5 and Xbox Series X, could be a negative factor.

Ranked third was NBA 2K21, whose physical sales were down 37% from the opening results of the series’ previous UK game.

Among the games that have been on the chart for a long time, “The Witcher 3” stood out – its sales jumped 237% thanks to discounts.

I was born to Play games. I related to Tokyo, Japan. Playing on Nintendo Switch is my hobby. Playing games is in my blood
Previous EA removed ads from UFC 4 gameplay after criticism from players
Next Crusader Kings III outsells Marvel’s Avengers on Steam