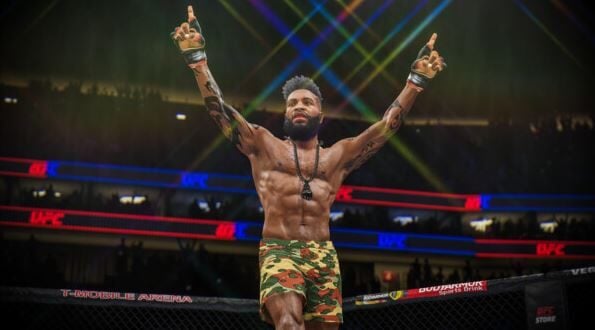 EA removed ads from UFC 4 gameplay after criticism from players

admin September 6, 2020 News Comments Off on EA removed ads from UFC 4 gameplay after criticism from players

EA has officially commented on the situation with advertising inserts that were shown right during the UFC 4 gameplay. This was noticed by Reddit users in early September, and soon the news spread to many major media outlets.

Electronic Arts stated that it decided to remove advertising inserts from UFC 4 after feedback from the community. The company, in turn, noted that such advertising integrations have previously appeared in the series, but they were only shown in a special section of the main menu.

EA apologized for the inconvenience caused to players and assured them that it always wants their players to have the best possible experience.

The company began testing ads inside its games in the spring of 2020 in UFC 3, but the barrage of criticism on EA hit only in September 2020, a month after the release of UFC 4 — the last part of the sports simulator at the moment.

So, one of the fans said that during the show of the replay in UFC 4, a banner with the series “Boys” from Amazon, the second season of which started on September 4, appeared on the screen.

Players found it strange that the game for the standard $60 and additional content still shows ads that can not be disabled. Fans also stressed that the promotional inserts in UFC 4 appeared a few weeks after the release, and therefore they were not mentioned in the reviews of the fighting game.

I was born to Play games. I related to Tokyo, Japan. Playing on Nintendo Switch is my hobby. Playing games is in my blood
Previous Here’s how to preorder Super Mario 3D All-Stars for Nintendo Switch
Next Square Enix’s Avengers has three times worse start in UK retail than Marvel’s Spider-Man