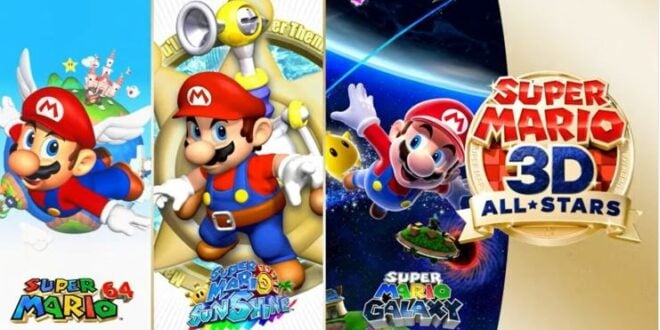 As you know, this afternoon Super Mario 3D All-Stars for Nintendo Switch has been confirmed. Now we get details about the resolution of each title included.

They are as follows:

These details have also been confirmed:

The screen ratio has been converted to 16: 9 and they will be compatible with the Joy-Cons. Also, 3 soundtrack titles are recorded in the game, so you can enjoy all 175 memorable songs at any time. It also supports “screenless playback” where music is played while the game screen is turned off, and can also be used as a portable player.

Finally, regarding the available languages, Nintendo mentions the following on its website without distinguishing between titles:

It is necessary to add that the size of the download has not yet been confirmed, so we will be attentive to more details.

I was born to Play games. I related to Tokyo, Japan. Playing on Nintendo Switch is my hobby. Playing games is in my blood
Previous Nintendo has worked on graphics in Super Mario 3D All-Stars
Next The Witcher 3 gets a graphical update for next-gen consoles and PC – with ray tracing