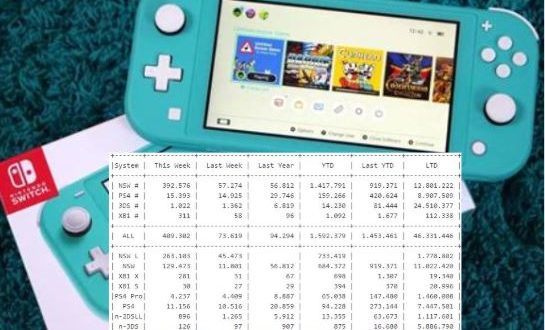 admin March 25, 2020 News Comments Off on The Switch has surpassed the Wii in just 3 years in Japan

Without any doubt, Nintendo Switch is performing well worldwide. The Nintendo Switch has achieved a surprising milestone in Japan as of (Mar 16 – Mar 22) – outselling the Wii’s lifetime sales in Japan.

It moved 12.75 million units plus another 48M in the Americas and 40 M for other regions, and you will have 101M sold altogether. Last week, the Nintendo Switch + The Switch Lite lifetime sales reached 12,801,222 units in Japan, which proves the Nintendo Switch has beaten the Wii in just 3 years. Animal Crossing also helped Nintendo shift a massive 392,576 Switch and Switch Lite units, this is more units than when the Switch launched in 2017.

Keep in mind, Nintendo Switch is out of stock at most of the Japanese retailers.