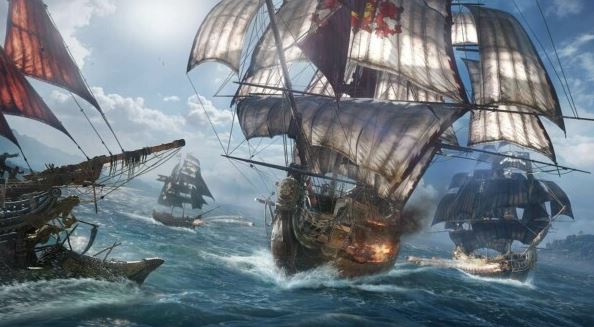 The fact that Ubisoft is engaged in the creation of AAAA games drew the attention of a Twitter user under the nickname Timur222. He noticed, among other things, that the senior producer of the Singapore department of Ubisoft designated the pirate action Skull & Bones as a game of this level.

Based on the developer’s LinkedIn profile, Skull & Bones has a 350-member team, and Ubisoft is positioning it as a strategically important new IP and AAAA service game. Earlier that the studio intends to make Skull & Bones a service game in the spirit of Fortnite, sources told VGC.

Another Ubisoft employee tagged Beyond Good & Evil 2 on his LinkedIn as the next generation AAAA game. References to the development of AAAA games can also be found on the developer pages from Ubisoft’s Berlin and Bordeaux departments. The names of these games have not been specified, but the AAAA game from the Berlin studio may mean Far Cry 6.

Ubisoft has not publicly announced that it is making AAAA games. Among other publishers, Microsoft is working on titles in this class, which positions the Forza Motorsport 5 race and the upcoming game from The Initiative studio – the latter, according to insiders, makes the game in the Perfect Dark universe.

I was born to Play games. I related to Tokyo, Japan. Playing on Nintendo Switch is my hobby. Playing games is in my blood
Previous Free RIDE 4 update for PS5 will be temporary, for Xbox Series X – unlimited
Next Linus Tech Tips Announces $10K Award for Alienware’s Unique Curved Monitor – and Released a Review