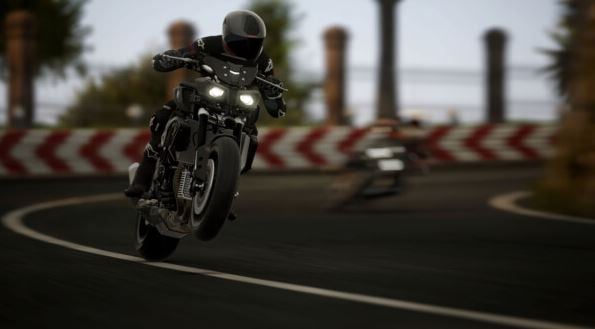 Free RIDE 4 update for PS5 will be temporary, for Xbox Series X – unlimited

admin September 7, 2020 News Comments Off on Free RIDE 4 update for PS5 will be temporary, for Xbox Series X – unlimited

RIDE 4 motorcycle racing simulator will be released on Xbox Series X and PS5 simultaneously on January 21, 2021. However, as announced by the developers from the Italian studio Milestone, PS4 game owners will only be able to receive the free PS5 update until April 30, 2021. What this is connected with is not specified.

On Xbox Series X, the game will support Smart Delivery, which will ensure that the next-gen console patch is free anyway.

RIDE 4 will run on PS5 and Xbox Series X at up to 4K dynamic resolution at 60 frames per second. On the Sony console, the game will also use the features of the DualSense gamepad – the weight of the triggers will be adjusted to simulate the throttle and brake control of a real motorcycle.

The motorcycle racing simulator launches on PC, PS4 and Xbox One on October 8, 2020.

I was born to Play games. I related to Tokyo, Japan. Playing on Nintendo Switch is my hobby. Playing games is in my blood
Previous Russian Xbox 360 owners complain about bugs and inability to download their games from the Microsoft Store
Next Ubisoft designates Beyond Good & Evil 2 and Skull & Bones as AAAA games