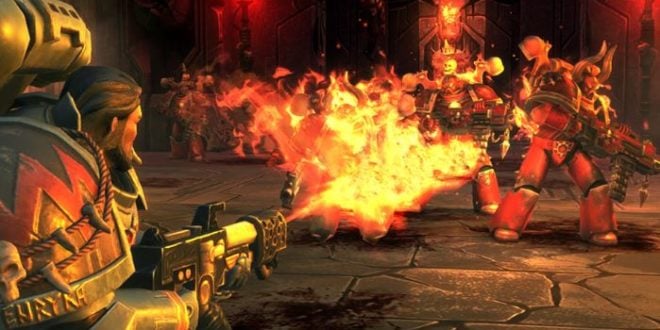 Warhammer 40,000: Space Wolf is a free-to-play, squad-based strategy card game, developed and published by HeroCraft. The game is licensed by Games Workshop. The worldwide release on iOS was on October 28, 2014 and on Android on July 16, 2015. PC version released on Steam Early Access on February 17, 2017

Warhammer 40,000: Space Wolf is a turn-based tactical strategy in which you have to take command of the Space Wolves and join the battle against the wicked servants of Chaos and the sinister Necrons.