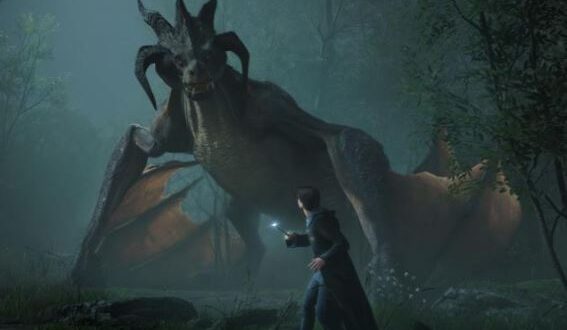 What we will see in the new Harry Potter game for PC and Consoles: Hogwarts Legacy

admin 6 days ago News Comments Off on What we will see in the new Harry Potter game for PC and Consoles: Hogwarts Legacy

Hogwarts Legacy is the newest game in the Harry Potter universe for PS5 and other platforms. Here you can find all the key facts that could be seen in the first trailer and what we can expect from the first Harry Potter game for the new generation of consoles.

Harry Potter fans are in luck because although it is true that there are many games based on the magical universe created by J.K. Rowling, the vast majority will have a lot to envy from Hogwarts Legacy, the new video game announced during the presentation of PS5.

Although we have only seen one trailer and its release date has not yet been announced, it is estimated that it will be sometime in 2021, we already have different clues and keys about what it will be possible to do and see at Hogwarts Legacy which will become the first open-world RPG based on the characters and stories born from the Harry Potter books, a real treat for those who have grown up reading and watching his novels and films.

When, where, and how

The first thing to be said about Hogwarts Legacy is that it does not take place in the 1990s when the whole history of Harry Potter takes place, but almost 100 years earlier, as the game will take us to the end of 1800 to become students of the 19th century College of Witchcraft and Wizardry.

So now we have the when, the where, Hogwarts School of Magic, but this only seems to be the main stage, as it is an open world, we will surely be able to explore many more locations. Only in the trailer can we see maps of Hogsmeade, the magic village next to the school, or the Forbidden Forest, one of the most mysterious places that covers much of the land belonging to Hogwarts.

And how can we enjoy all this? According to the first synopsis launched by Warner, we will take the role of a school student capable of perceiving ancient Magic who has “the key to a secret that could destroy the magic world”, all while following the normal course of a magic student, that is, choosing his house, studying potions, playing Quidditch and so on.

Important events that occurred in 1800 in the Magic World

Let’s forget about all the characters in the Harry Potter saga that we knew until now, as practically none had been born in 1800, but that doesn’t mean those interesting things didn’t happen during this period, as J.K. Rowling has gradually revealed through passages described in the novels themselves or on her website Wizarding World where the history of the magic world is fed.

In 1830 the Hogwarts Express was created, although it took over 100 years for Platform 9 and 3/4 (in 1952) to be established, so its construction may be an important event in the game. In 1850 Elladora Black, Sirius Black’s ancestor was born and was known for keeping the heads of the elves who had served him. She was also the sister of Phineas Nigellus Black, “the least popular Hogwarts manager in history” in the words of his own great-great-grandson. They may both appear as young students.

In 1875 a law was established that forbids underage magicians to do magic outside the school. Depending on the year in which the game begins we can see young magicians using their wands wherever they go and the consequences of their actions.

Albus Dumbledore was born in 1881, while his brother Aberfoth and his enemy Gellert Grindewald were born in 1883. This may play a role in introducing one of the most important characters in the Harry Potter saga, as the director would begin his training at the school in 1892, which also falls within the period established for Hogwarts Legacy events.

In 1891, Dumbledore’s younger sister Ariana was attacked by Muggle boys, provoking the fury of her father who was later sent to Azkaban for the torture he inflicted on them. In 1899, Ariana lost control of her powers by killing her mother, leaving her older brother, Albus, who had just graduated with honors from Hogwarts College, in charge.

Fantastic animals to interact with

I’m sure there are many more than those seen in the trailer, but it’s true that the video already shows many of the magical creatures that will be present during the Hogwarts Legacy story, including a hippogriff that we see sailing through the skies with a student on his back, just as Harry did in The Prisoner of Azkaban. We will also have the opportunity to confront a Boggart, the being that manifests itself as our worst nightmares, or against an acromantula, the giant spider that Hagrid is so fond of.

In the trailer we can also see Trolls, Thestrals, Inferi, a kind of zombie skeletons from the world of Harry Potter, cats, owls, the adorable Mooncalves with their long necks and their impressive blue eyes, the terrible dementors, who give us the opportunity to learn one of the most beloved spells by the wizards, the Expecto Patronum, and of course the most important of all: the dragons, although it is still unclear which species they belong to because as we discovered in the Goblet of Fire there are some much more aggressive than others.

I was born to Play games. I related to Tokyo, Japan. Playing on Nintendo Switch is my hobby. Playing games is in my blood
Previous The head of QA at CDPR has spent 175 hours at the maximum difficulty in Cyberpunk 2077 and still hasn’t completed the game
Next Cyberpunk 2077 took the lead in the weekly Steam chart