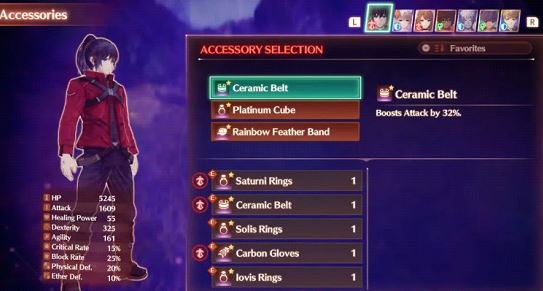 Xenoblade Chronicles 3 has great combat mechanics in which the characters have accessory slots equipped with different gems and skills that make them more powerful.

In this guide, we’ll tell you how to unlock all Accessory slots for the characters in Xenoblade Chronicles 3.

At the beginning of the game, your characters will have only one Accessory slot in which they can have only 1 gem and skill. Gem will add a special effect to the Art. The skill also enhances your character’s power of dealing damage to the enemies. The enemies and bosses that you’ll face in the early game will not be much difficult but as you progress further in the game, the difficulty will also increase and it would be harder to defeat the enemies with only one Art.

There is a total of three Accessory Slots that you can unlock in this game. The Arts that you unlock later in the game are more powerful and deal much greater damage. In order to unlock the rest of the Accessory Slots, you need to increase your Characters level. The level of a character increases with the XP you gain from defeating enemies, world bosses, Exploring, and even Cooking meals at the Rest Stops.

The 2nd slot of the Accessory will unlock at level 30 and it will only unlock for the character that is eligible meaning, that character has a 30 level. For all the other characters, you’d have to increase their levels separately to unlock the slots for them. At level 50, you’ll unlock the 3rd and last Accessory Slot. As you unlock these slots, you’ll also unlock the capacity of Gems and skills that you can attach with the Art. It means at level 50, you’ll have a higher level of gems and a higher level of skills along with the Arts.