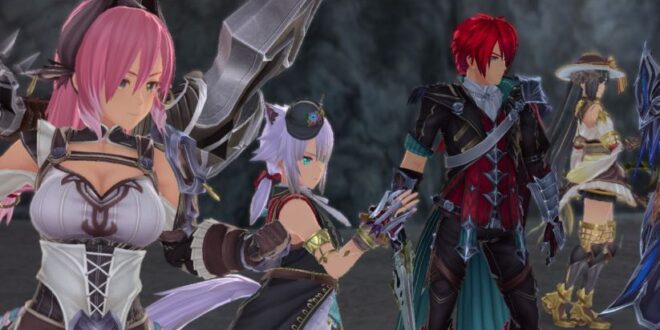 admin 1 week ago News Comments Off on Ys IX: Monstrum Nox releases for Switch, PS4, and PC in North America and Europe

Today’s New Game+ Expo stream ended with a bang by revealing that Ys IX: Monstrum Nox is coming to North America. The action/RPG is set to hit PS4, Switch, and PC in 2021. NIS America, who brought us Ys VIII: Lacrimosa of Dana, is once again the publisher.

PH3 GmbH is assisting with the development of the PC release of Ys IX: Monstrum Nox and some may recognize their works with other NIS America and most famously Dark Souls. Durante, creator of the popular DSFix mod for the first Dark Souls, is the Chief Technology Officer of PH3 GmbH and has been crucial to helping a number of Japanese studios port and optimize their games for the PC market. Without his assistance, Ys VIII: Lacrimosa of Dana wouldn’t be in the same playable state it is today.

check out the overview:

Renowned adventurer Adol “the Red” Christin and his companion Dogi arrive at Balduq, a city annexed by the Romun Empire, only for Adol to be detained before setting foot inside. While imprisoned, he meets a mysterious woman named Aprilis who turns him into a Monstrum, a being with supernatural Gifts and the power to exorcise monsters. Now, Adol must ally with his fellow Monstrums to fend off the fearsome threats emerging from a shadowy dimension called the Grimwald Nox, as well as unravel the mysteries of the Monstrum curse, and the truth behind the unrest within Balduq.

Check out the trailer of the game:

I was born to Play games. I related to Tokyo, Japan. Playing on Nintendo Switch is my hobby. Playing games is in my blood
Previous Nintendo warns players not to buy the wrong Pokémon Sword and Shield expansion
Next Bloodstained: Curse of the Moon 2 launches for Switch, PS4, Xbox One & PC