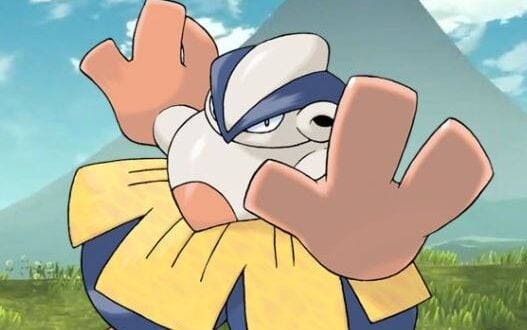 admin March 4, 2021 News Comments Off on 10 Pokémon that should be in Pokémon Legends: Arceus

Pokémon Legends: Arceus, the first game in the main Pokémon series that was announced during the last Nintendo Direct, has created great expectations among fans even though The Pokémon Company has not yet offered too many details about its content.

Well, one of the things that are still up in the air is the Pokémon that will be present and that we will be able to catch in this release. Possibly all or most of the Pokémon introduced in the fourth generation with Pokémon Diamond and Pearl will be present, although we could also see Pokémon from other regions, as well as the natives of Sinnoh.

For this reason, here is a list of 10 Pokémon whose presence in this title will be released in early 2022 would make sense given its feudal Japan setting.

His inspiration in Japanese folklore and the Kappa, a being very present in Japanese mythology, factors that make us think that we can most likely see him in Pokémon Legends: Arceus.

Hariyama refers in a quite obvious way to sumo wrestlers, a very widespread and popular sport in Asian culture, something that also leads to thinking that its presence in the new Pokémon game is possible.

The fierce aspect of Kangaskhan fits, without a doubt, with the aesthetics that we have seen in Pokémon Legends: Arceus. Additionally, this normal-type Pokémon could be caught in Diamond and Pearl Pokémon through the Wild Area.

The appearance of the Heracross is based on an animal of Japanese origin, the rhinoceros beetle. In addition, it also appears in Pokémon Diamond and Pearl in the Ancient Forest, more than enough indications to imagine that it could appear in the title starring Arceus.

Urshifu is less likely to appear in Pokémon Legends: Arceus, as it was introduced in the isle of Armor’ DLC for Pokémon Sword and Shield. However, its fighter aesthetic makes it match perfectly.

Gyarados’s entry in the Pokémon Pearl Pokédex tells of an ancient legend that mentioned his appearance in a village that was never identified in the fourth generation Nintendo DS games, and that we may see in feudal Sinnoh.

Various entries in the Pokédex talk about the admiration that people felt in ancient times for this Pokémon, something that together with the fact that we can most likely use some kind of mount on the Pokémon, makes there hope to see it appear in Pokémon Legends: Arceus.

Scyther has physical characteristics that would make it fit perfectly in Pokémon Legends: Arceus has great agility and, in addition, uses as weapons what we could resemble swords. No doubt Game Freak would miss a great opportunity not to introduce you.

Ninetales makes a clear reference to a kitsune, a word that means fox, and that represents an important part of Japanese folklore, an aspect that will surely stand out in the new installment of the saga.

In the name of Greninja, the word ninja appears something that is also highly reflected in its aesthetics and way of fighting, which is more than enough reason to include it in this game based on ancient Japan.

What do you think? Would you like to see a special Pokémon in Pokémon Legends: Arceus? Leave us your opinion in the comments!

I was born to Play games. I related to Tokyo, Japan. Playing on Nintendo Switch is my hobby. Playing games is in my blood
Previous Pokémon Unite beta players in Canada bypass ban on not sharing content
Next Nintendo has ruled out the arrival of a new Pokémon character as DLC for Smash Bros. Ultimate