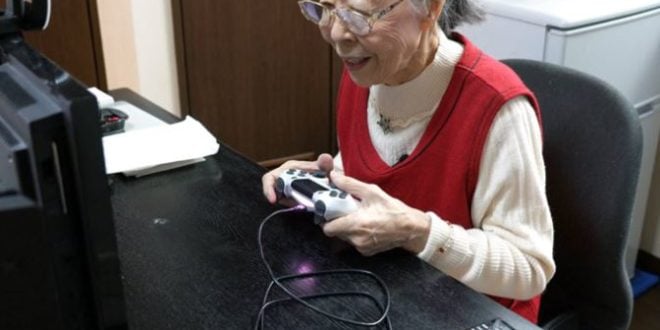 A 90-year-old Japanese woman known as the “Gaming Grandma” has been awarded a Guinness World Record as the oldest gaming YouTuber.

Hamako Mori, 90, said her interest in video games was piqued about 39 years ago, when she watched some children playing the popular games of the time.

“It looked so much fun, and I thought it’s not fair if only children played it,” Mori said. “I thought life would be more fun if I knew how to play it. So I started playing, at first while no one was watching.”

She explained that she had a difficult time gathering evidence to satisfy Guinness World Records’ requirements for the entry.

One of the employees of the award-giving company came to Hamako’s house to do an interview with her and to film her. Later on, Gamer Grandma revealed that she was very nervous through the whole recording process.

Now on to her 39th year of playing video games, Mori has amassed a number of games spanning from the ’80s to today. While the Nintendo 64 remains as one of her all-time favorite consoles, she is currently cycling through a number of PlayStation 4 titles and holds Grand Theft Auto 5 as one of her favorite games.

Later on, she identified Super Mario after going through her stacks of cartridges.

I was born to Play games. I related to Tokyo, Japan. Playing on Nintendo Switch is my hobby. Playing games is in my blood
Previous 5 LEGO projects based on Animal Crossing that could come true
Next Popular toymaker Build-A-Bear seems interested in An Animal Crossing Collaboration